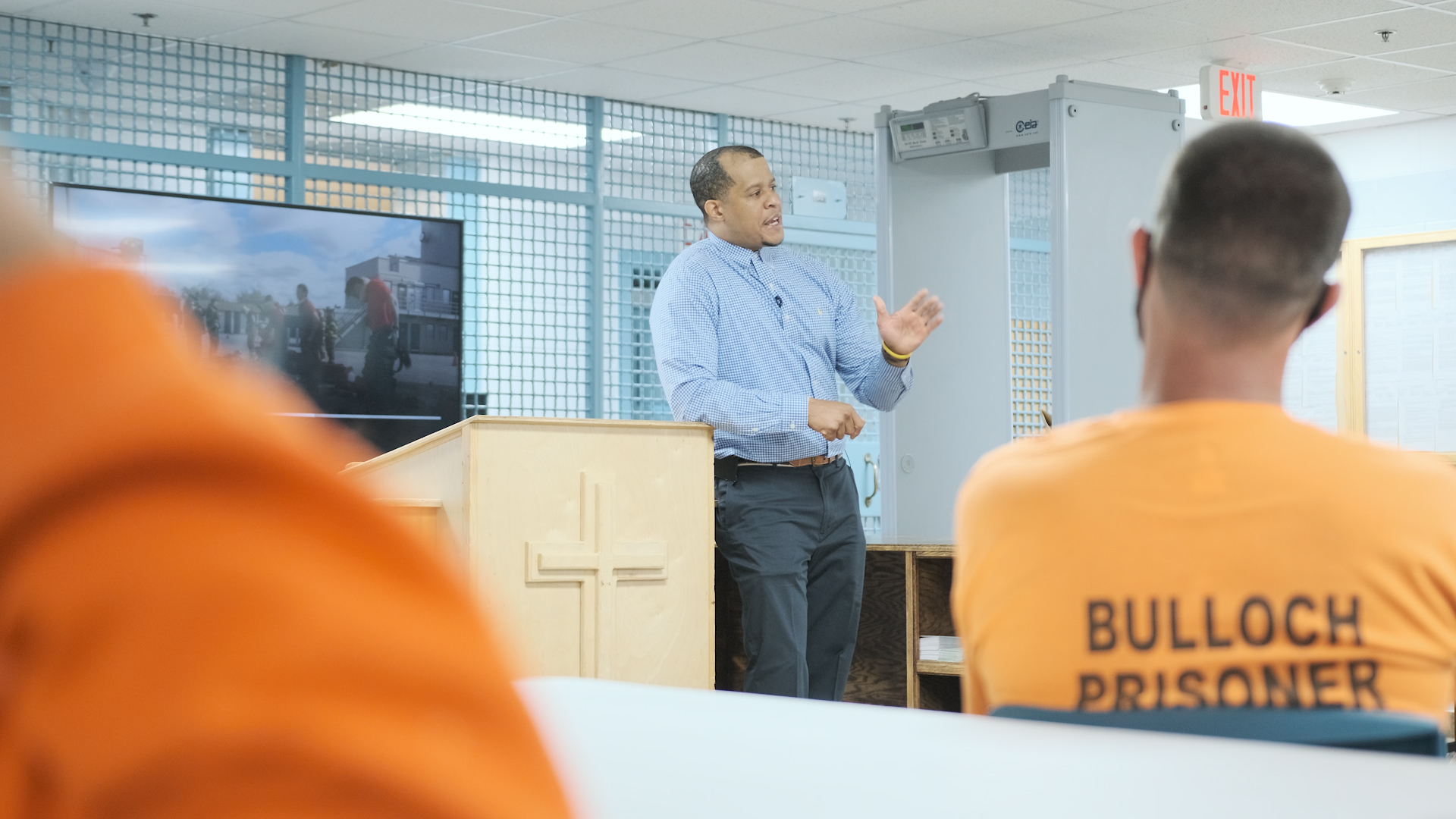 Samantha Smith, Dean for Adult Education at OTC, felt that is was important for students at these facilities to hear stories of those who have successfully walked some of the same paths that find themselves traveling.

“All students need motivation. They need to be able to see themselves and their situations without judgment and have access to future opportunities,” said Smith. “The Student Success Speaker Series meets students where they are and provides a glimpse of where they can go.”

The series began with the testimony of Mr. Alima Mims.  He shared with attendees his journey of being recruited to play basketball at the University of Georgia to becoming a 19-year old inmate at Coastal State Prison in Garden City. During his presentation he shared how being incarcerated was a catalyst to his growth and the guiding force for his long-term career choices. 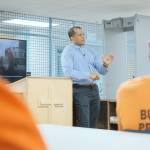 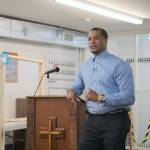 “I always thought that someone was going to give me a chance. I realized that even with that chance, I had to make sure that I was prepared. One of my counselors approached me and encouraged me to consider some of the opportunities available through the Department of Corrections,” he said.

The opportunity he took advantage of was entering the volunteer firefighter program. This choice afforded him a transfer to Dooly State Prison where he moved quickly through the ranks and was eventually promoted to the rank of Lieutenant of the Volunteer Firefighter Program.  His upward mobility did not stop there.

“With every level that I got to, I knew I wanted more.  I didn’t settle and I didn’t let anyone tell me what I could not do,” Mims said.

He cautioned the attendees by saying that he encountered a lot of “no’s” on his quest to better his life and his situation.  The most important thing that he had to do was to change is mindset, choices and behaviors.  After serving 10 years of a 15-year sentence for possession of a firearm and burglary, Mims was released with the opportunity to continue his career path as a firefighter.  He obtained full-time employment with the Augusta Fire Department and served for 13 years.  He went on to work at Savannah Technical College as the Fire Science Program Department Head.

Mims encouraged students to look ahead and not be held back by what others may think of them being ex-offenders.  He said that he still encounters individuals who try to put him down because of the time that he has served.

“Many are surprised by my credentials once they learn that I have an Associate’s, Bachelor’s and Master’s degree. I think about what others think about me, but it’s never more important than what I think about myself,” he said.