Man Arrested in Statesboro After Following and Robbing His Girlfriend 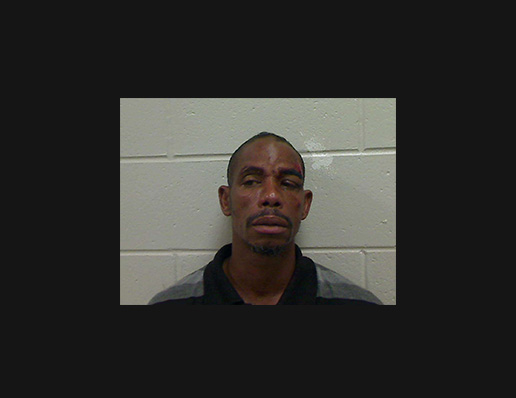 A Sylvania man was arrested in Statesboro Tuesday after he followed his girlfriend and her children, then robbed her and fired a gun in her direction. He fled on foot before being apprehended by officers. He has been charged with Aggravated Assault and Possession of a Firearm during the Commission of a Crime.

On 12/28/21 at 3:20 p.m. SPD patrol officers responded to the area of Max Lockwood Drive for a reported robbery and shots fired incident.  Upon arrival, officers met with the female victim and her two minor children.  The victim stated that her boyfriend, later identified as Joel Parrish (43, Buttermilk Rd, Sylvania), had followed her to the Recreation Department after a domestic dispute at the Knights Inn on South Main Street.  Parrish allegedly robbed the victim of her phone and fired a shot in her direction.  The victim then fled with her children, followed by Parrish, until she entered the Recreation Department’s Honey Bowen Building and was able to obtain help.

Officers and detectives responded to the area and were able to locate Parrish on South Main Street.  Parrish fled on foot but was apprehended on South College Street by officers.  A handgun was also located which had been discarded by Parrish during the foot pursuit.  He was transported to the Bulloch County Jail and charged with Aggravated Assault and Possession of a Firearm during the Commission of a Crime.  Other charges are possible contingent on developments in the investigation. 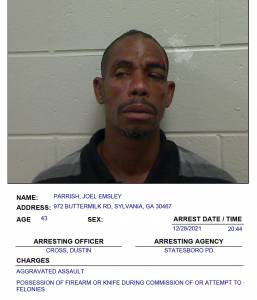 Anyone with information on this case should contact Det. Dustin Cross at 912-764-9911 or submit an anonymous tip to tips@statesboroga.gov.