On July 1, John Lester, DPA, assumed the role of Vice President for University Communications and Marketing at Georgia Southern University. 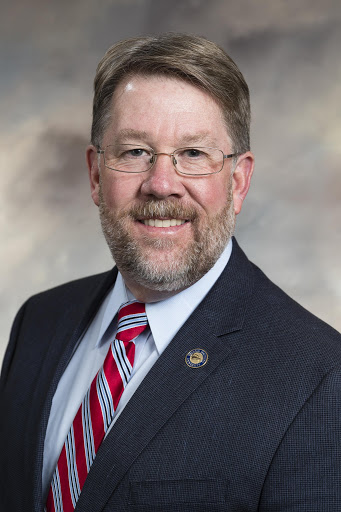 On July 1, John Lester, DPA, assumed the role of Vice President for University Communications and Marketing at Georgia Southern University. He served as interim vice president for the department since December 2018.

“I am proud to welcome Dr. John Lester to Georgia Southern University,” stated President Kyle Marrero. “This was a highly competitive search, and we attracted great talent with diverse experiences and skill sets. Understanding just how important this position will be to the successful implementation of our strategic plan, our enrollment strategic plan, and our marketing and branding campaign, I am convinced we have identified a vice president who is best suited to lead us into this next phase at Georgia Southern.”

Lester began his professional career as a newspaper reporter in Tampa, Florida, before moving into higher education communications at the University of Florida, where he helped direct the Office of News and Public Affairs and served as editor of the alumni magazine.

Davis In As VP For College Advancement
The Beacon of Transparency in Evans County
Posting....