The City of Statesboro is moving on to the next step in the process of conceptualizing a city operated bus transit system. 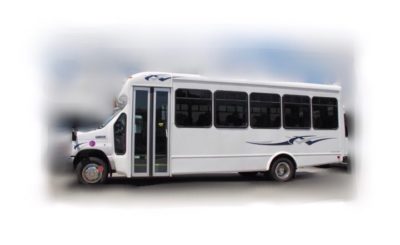 The City of Statesboro is moving on to the next step in the process of conceptualizing a city operated bus transit system.

Penny told council members that the previously conducted transit study found that the City of Statesboro has a need for transit options.

City employees working on the project recommended the “Red/Blue Fixed Route” Demand option due to the ‘strong’ showing of public support. The option, which would mean the city operates the service directly or through a third-party contract gives the city the ability to set its own policies, schedules, and levels of service. The plan selected would:

The base fare would be $2, the lowest fare option for riders but the most expensive option for the City.

Additionally, the total capital cost for the Red/Blue option hovers at $811,750. The annual operations and maintenance cost is projected at $658,800 on the presumption of 96,000 annual passenger trips. The revenue would bring in $78,625 for the city due to the reduced rate options available for some riders. In terms of continued operations, the City would need to fork out $290,088 in local funds in addition to the $78,625 collected from fares in order to receive federal funding of $290,088 to cover the full annual operations cost of $658,800.

Council was asked to promptly decide how they wanted to proceed due to the fact that GDOT grants are due in November. The grant, which is handled by GDOT but actually seeks federal funds, requires a 10% match from the city ($81,175 in the case of the recommended option), though that match would not need to be expended until FY 2021. Additionally, the City is not eligible to even apply for the grant unless an implementation study is conducted – an approximately $29,000 cost.

The implementation study is set to be paid for by TSPLOST funds, but use of TSPLOST funding is not permitted for the operations of the buses should the project come to fruition, Penny said.

Penny also emphasized that his recommendation to Council to proceed was based on the findings of the study which said there was a need. “This is a policy decision for Council though.” Penny also said that if the City is not approved for the grant, he would no longer recommend the project because the funding is too much for the City to bear on its own.

Councilman Derek Duke asked Penny if there were any other cities of comparable size that have been successful. Hinesville was mentioned and city employees directed Duke to the full transit study that was released earlier in the summer.

Mayor Jonathan McCollar told Penny and Council that he felt the City should at least apply for the grant. “I think we owe it to the citizens to try and we can come back later and say “We couldn’t afford it” if we don’t get the grant,” he said following the presentation.

Councilman Sam Lee Jones echoed McCollars position noting, “There is a need and I think it is money well spent.”

Council will formally vote on the matter at the October 1 meeting.

You can read the full transit feasibility study here. Excerpts from Tuesday’s work session packet are below.