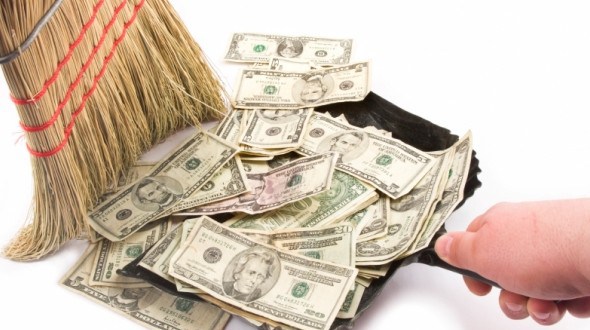 The Georgia Government Transparency and Campaign Finance Commission website shows that elected officials from Bulloch County owe tens of thousands of dollars to the state Ethics Commission for campaign paperwork they have never filed.

A handful of elected officials, including council members, commissioners, school board members, and elected judges, all owed the State Ethics Commission in arrears due to failures to comply with OCGA 21-5-33(22). Collectively, sitting officials in Bulloch County owe the state more than $17,000 for transparency violations.

Georgia law requires that elected officials file both a financial disclosure as a candidate and as an elected official serving in public office as well as a campaign donation disclosures in an effort to be transparent not only about contributions but also about business holdings, investments, and any perceived or actual conflicts of interest. You can see the personal financial disclosure form here and the campaign contribution paperwork here. Depending on whether or not it is an election year, the state requires reports be filed two to six times per year. Even if no campaign donations were collected, local officials are required to submit a signed affidavit attesting to such.

Statesboro Mayor Jonathan McCollar and Councilman John Riggs were among the largest accumulators of fines. Both have fines dating back to 2013 and 2012, respectively, and have failed to pay fines and file paperwork for campaign contributions and financial disclosures under state ethics laws.

The Brooklet City Council did not have any current delinquencies.

The law changed a few years ago and requires local officials to file locally and the local office, like the Board of Elections, to send the paperwork to the state, but the fines for delinquency remain owed to the state and are set by statute, according to the state ethics website. Non-filers are reported to the state by local entity.

There has also been some confusion as to whether or not old fees are still owed to the state since updated laws have taken effect. Two lawmakers – one former and one current – told AllonGeorgia that fines and fees weren’t waived, while a former council member says he believes ‘general amnesty’ was imposed.’ Regardless, the state has final say and the Attorney General Opinion from 2016 on the state being the overarching enforcer, as opposed to the local entity, is available here.

You can search all of the reports in real time here. Screenshots from the state late filer reports are below. 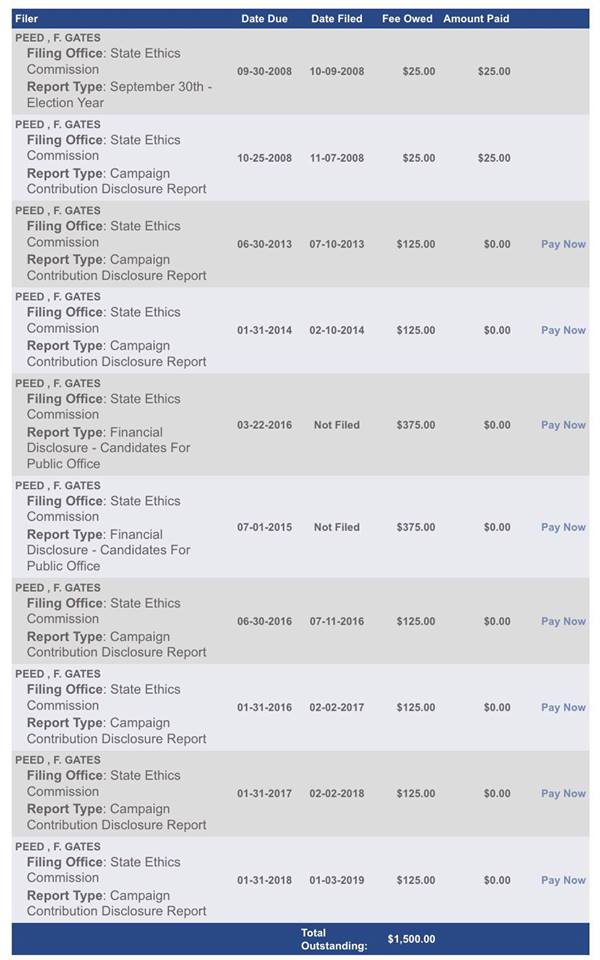 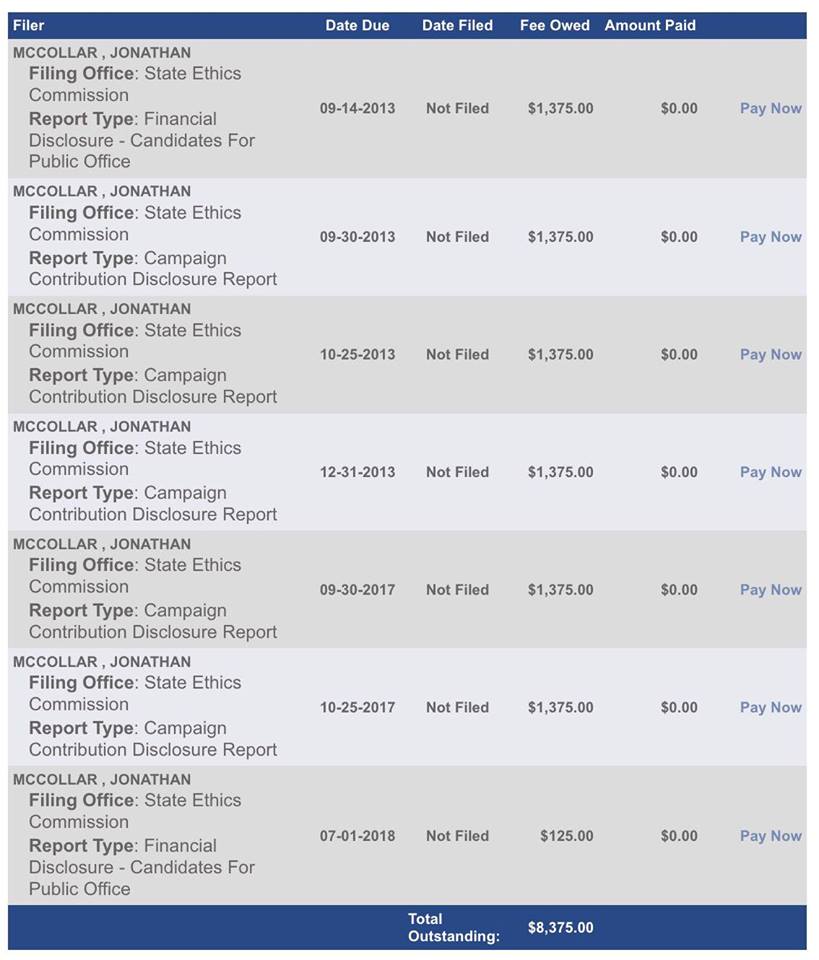 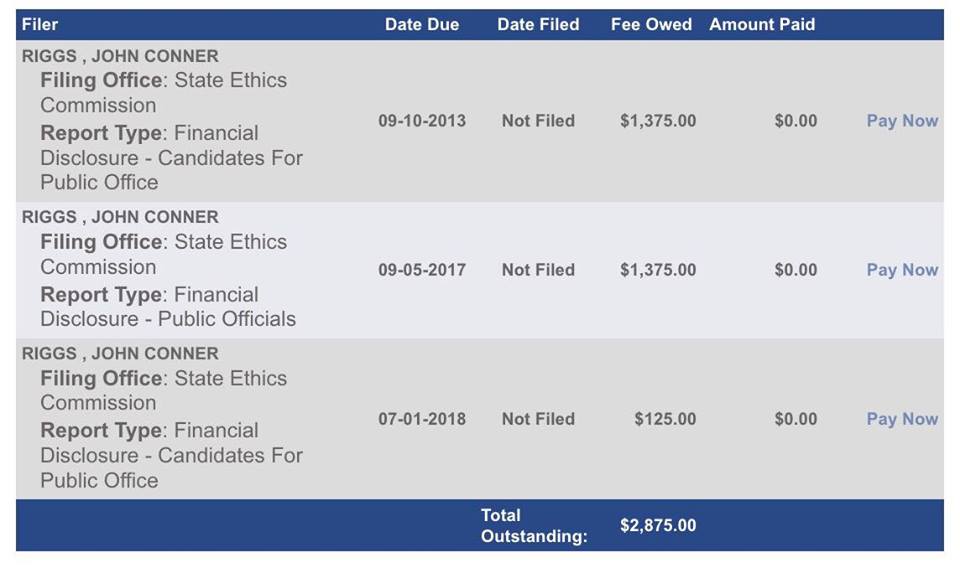 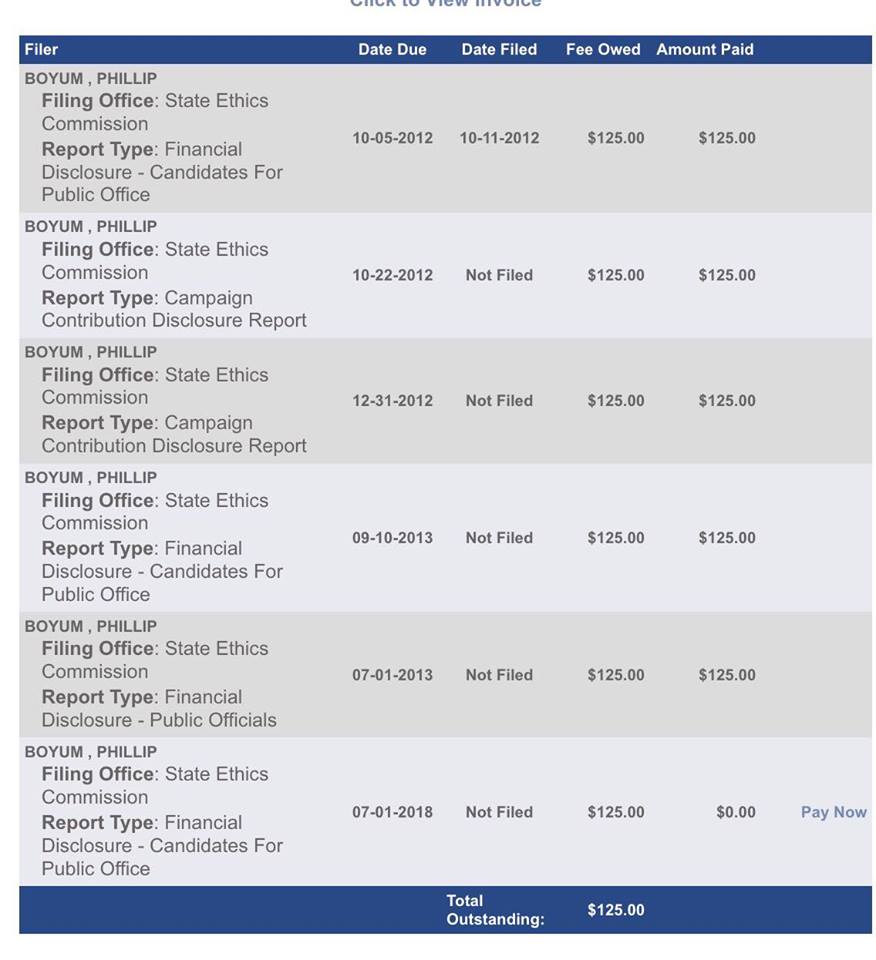 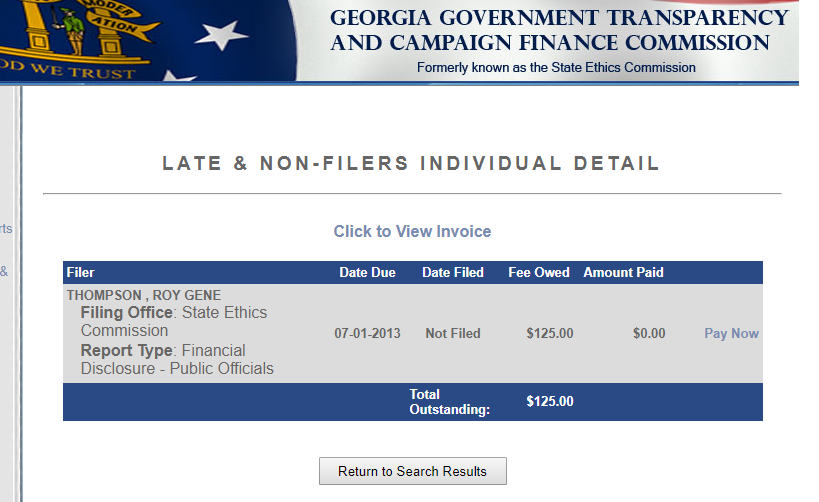 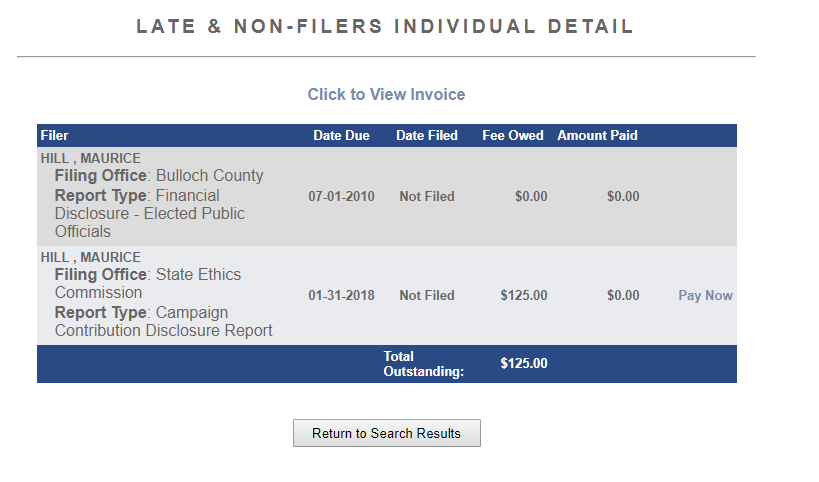 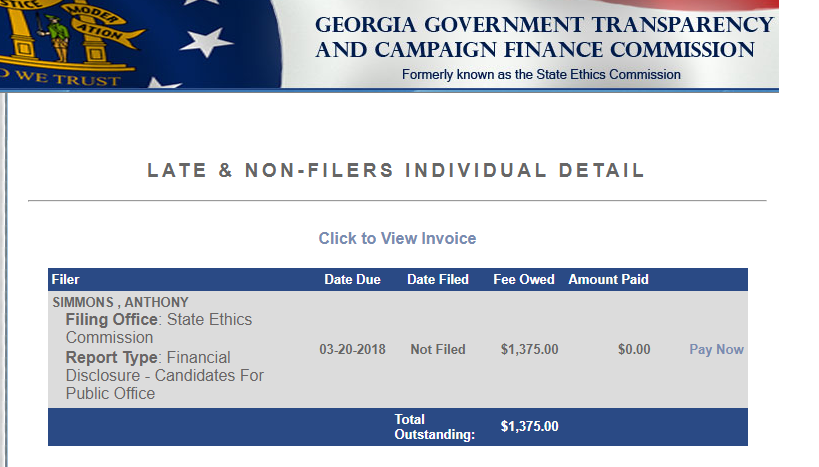 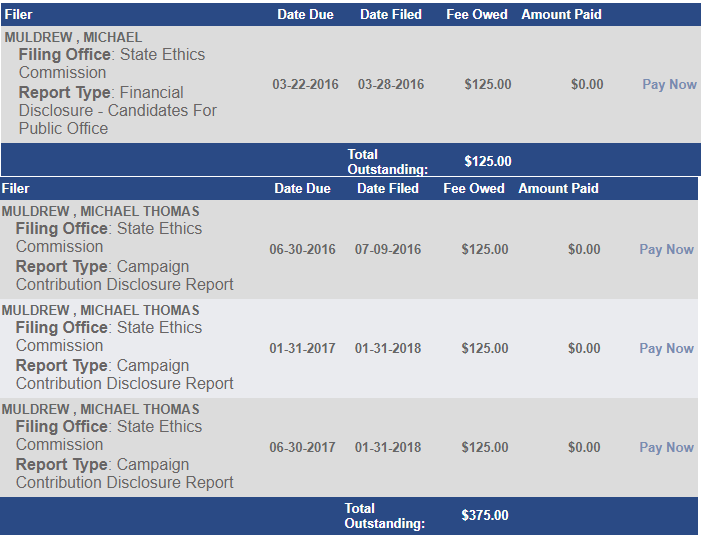