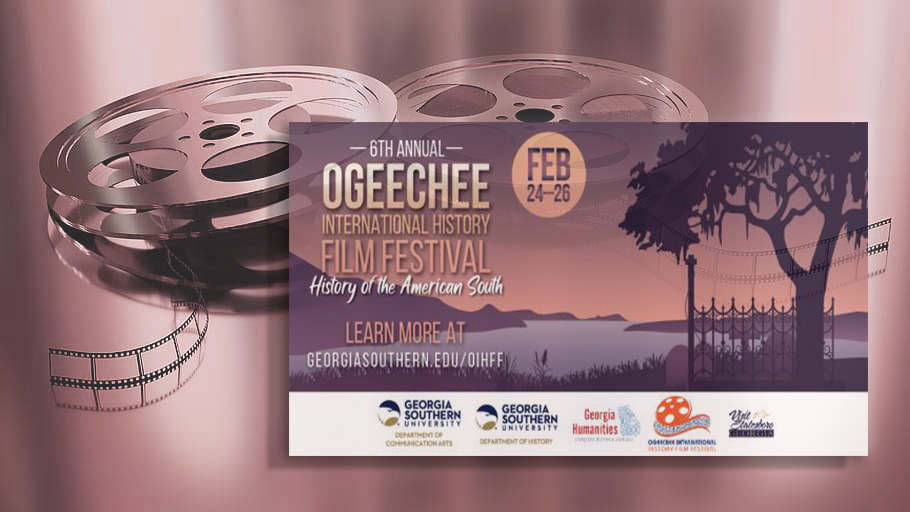 There will be a live Q&A session via Zoom Saturday, February 26 at 7:00 pm with special guest filmmaker George Wingard.

Sponsors for the event:

The Ogeechee International History Film Festival (OIHFF) is the only open submission, juried, international cinema program of its kind. In the past, festivals devoted to history films have been located in Europe and abroad. The OIHFF made its debut in March 2017 in Statesboro, Georgia, and has continued to promote and celebrate history presented through motion picture ever since. Now in its sixth season, it is also the longest-running film festival of this type in the world.

If you are a filmmaker affiliated with a college or university, the Ogeechee International History Film Festival offers a service of double-blind peer review for use in tenure and promotion decisions. Our reviews typically involve a doctorate-holding historian and a filmmaker with an MFA or Ph.D. degree. Please contact festival director Michael Van Wagenen for more details: mvanwagenen@georgiasouthern.edu.