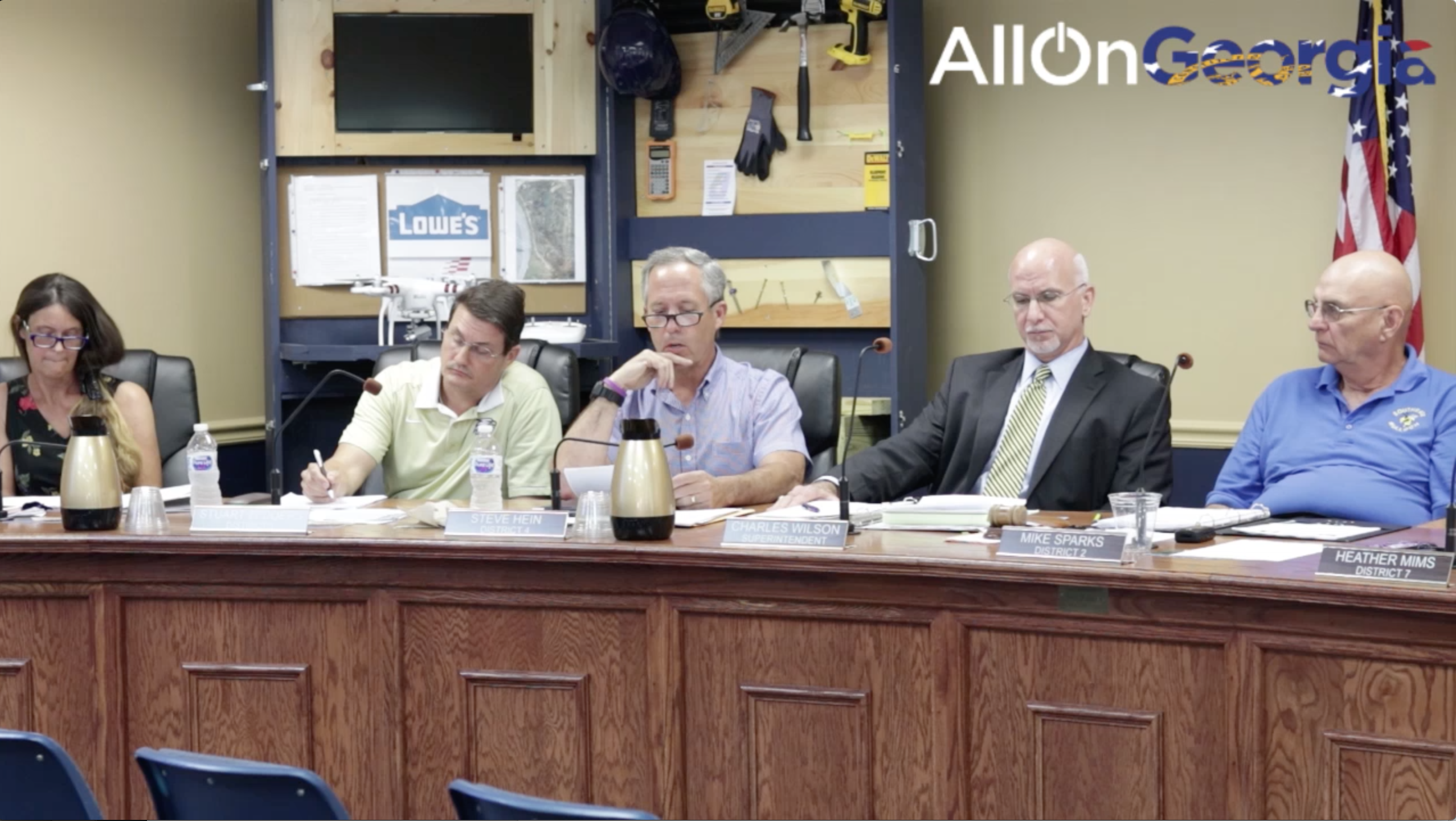 The Bulloch County Board of Education made several changes to the rules under which it conducts its meetings. This comes on the heels of the April 26th work session in which the transfer of Langston Chapel Middle School Principal Dr. Evelyn Bonnie Gamble-Hilton to assistant principal at Southeast Bulloch High School became a flash point. AllOnGeorgia learned through a open records request of an anonymous letter making several allegations against Gamble-Hilton .

District 2 member and board chair Mike Sparks, opened the board comments with comments about the transfer citing the legal definition of what is considered a demotion.

During the board member comments, District 4 member Steve Hein made two motions to change the way meetings are conducted. The First change would require board members to surrender their cellphones, tablets, and other electronic communications devices during open and executive session meetings of the Board of Education, if someone needed to contact them during the meeting there would be a number that could be called to be designated by the superintendent.  After hearing concerns from several board members, Hein amended his motion so that these devices would be collected and monitored by a School Board Staff member, and in the event of a call the device would be brought to the board member. The amended Motion passed with only District 8 member Maurice Hill voting no on the measure. The use of cellphones and other electronic devices by board members has brought questions in other parts of the state about open meetings.

The second motion made by Hein, was to change the rules of the board, to prohibit absent board members from participating in board meetings by Telephone. This measure comes after the April 26th work session, in which District 5 board member Glennera Martin participated in the meeting via speaker phone, while in the hospital recovering from a fall. AllOnGeorgia was present at the April 26th work session, where it appeared that having a board member participating via phone, seemed to create some confusion in the proceedings.  The motion was adopted with only Glennera Martin, and Maurice Hill voting no.

You can watch video of the motions and discussions below:

Or you can watch the entire meeting:

Live at 6:30pm Bulloch County Board of Education meeting