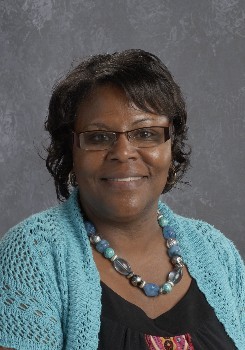 Last week, the Bulloch County Board of Education heard from a crowd of people angered over the possibility of a transfer of Dr. Evelyn Gamble-Hilton, Principal at Langston Chapel Middle School, to another location.

A large and vocal crowd from the Langston Chapel Middle School Community turned out Thursday in opposition to the proposed transfer of Principal Dr. Evelyn Bonnie Gamble-Hilton to an assistant principal position at Southeast Bulloch High School. After a lengthy executive session, the board issued a statement in support of the transfer. AllOnGeorgia has an Open Records Act Request pending with Bulloch County Schools and will provide more information when available. When asked for an on camera comment Bulloch County Schools Superintendent Charles Wilson declined to comment.

Despite the pleas from members of the public to halt the decision, the Board ultimately decided in Executive Session to transfer Gamble-Hilton. In a statement, the Board also said the decision was up to Superintendent Dr. Charles Wilson, but in an effort to stand in unison, the Board voted on the decision.

After the meeting, the Board released the following statement:

“In the matter of Dr. Bonnie Gamble-Hilton, although it was not a matter to be voted on by the Board, the Board supports the superintendent’s roles and responsibilities to make administrative decisions, including internal transfers.”

Calls by the public to know if there were concerns or questions or complaints filed against Gamble-Hilton prompted AllOnGeorgia to file an Open Records Request with the Bulloch County Board of Education. The request was fulfilled and the personnel filed was redacted and provided.

In the front of the file was a letter filed by a teacher at Langston Chapel who asked to remain anonymous. Though anonymous, the letter is an official part of the file. In it, the teacher alleged behavior known to Gamble-Hilton such as “attitude of belittlement” toward students, antagonized petty offenses, and students placed in in-school suspension for having cough drops. The anonymous teacher said “silence is betrayal” and that the events witnessed were ‘concerning.’

The letter, addressed to Dr. Wilson and dated November 16, 2017, also stated that known criminal activity was taking place at the Middle School and the resource officer was not allowed to investigate, including:

The letter, which was marked ‘Received’ by the Superintendent’s Office on December 14, 2017, also alleges bullying of faculty by Gamble-Hilton:

“One recent situation an 8th grade educator was belittled and reprimanded in front of his students. Other educators are told their actions are wrong in front of students while escorting the students to their classes. Teachers have had their certification threatened over the school attainment plan Dr. Gamble-Hilton putin place this school year. This is just a small sample of the leadership in place in Bulloch County.”

The letter went on:

“There is a misuse of funds taking place. On at least 5 occasions a connections educator was used to complete basic duties as a secretary in the front office while a substitute was placed in the connection educator’s room.”

You can read the letter in its entirety beginning on page 4 of the PDF below.


The Superintendent initially released a statement on the meeting stating, “there is no change to Dr. Gamble-Hilton’s salary, responsibilities, or prestige,” but was later updated to read:

“The Bulloch County Board of Education votes to determine the employment status of our school’s system employees. The Board approved a contract recommendation from the superintendent for Dr. Evelyn Gamble-Hilton on February 22, for the 2018-2019 school year, which begins July 1. The superintendent of schools has the authority to determine an administrator’s duty assignment and location. Superintendent Charles Wilson has notified the principal at Southeast Bulloch High School and Dr. Gamble-Hilton of his decision to reassign her to fill an assistant principal vacancy at SEB HS. According to Superintendent Wilson, there is no change to Dr. Gamble Wilson’s salary.”