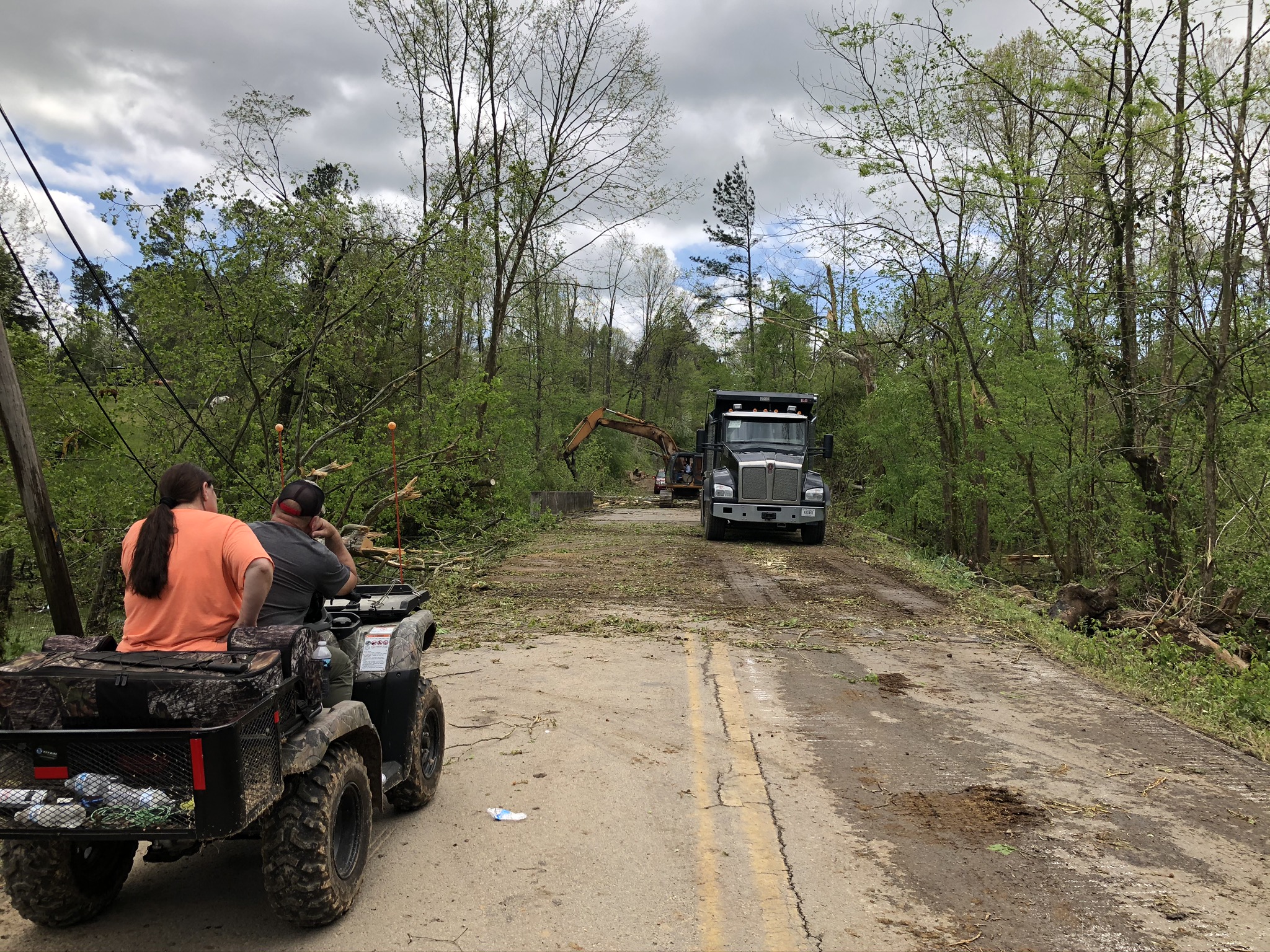 “The good news is there were not any reports of injuries,” said Chief Blake Hodge, who also serves as the county’s Emergency Management Director. “In terms of personal property, we had a variety of levels of damage. During our assessment, we found dwellings with minor damage all the way up to total destruction.”

Walker County Public Works crews cleared downed trees, power lines and debris from roadways in the assessment area Monday. Their focus shifted today to removing storm debris from the shoulders, so power providers have room to replace poles and lines.

In addition, Public Works crews are focused on removing storm debris in other parts of the county. There are over 100 reports of trees blocking travel to some degree, spread across the entire county.

A half dozen other roads also sustained damage from flooding that occurred during this weather event. Those roads have been marked with signage and barricaded due to the potential for the ground being eroded underneath the asphalt:

There is currently no timetable for when these roads will reopen, as they may require extensive repairs.