Toombs Board of Education

A highly anticipated overhaul of athletic facilities by the Toombs County Board of Education had several community members posing questions on social media in recent days about what the projects are expected to cost and from where the money will come.

The paper trail outlines a process of artificial turf bid requests, cost estimates based on projected SPLOST revenue, and the outsourcing of work for the new football field currently under construction. The Toombs County School System sought bids for artificial turf installation back in March, received three proposals from three companies, and then sought requests for proposal for a construction manager at-risk who would be responsible for overseeing the bid process and the construction. 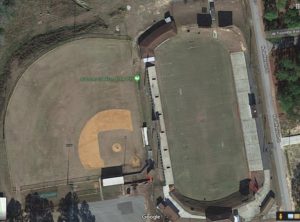 March 10 – Superintendent Barry Waller and architect Mike Parker exchanged emails ahead of the monthly school board meeting to plan to discuss SPLOST-funded projects at the March 12 meeting.

March 12 – Toombs Co. BOE votes to send out a Request for Proposal (RFP) seeking a Construction Manager at Risk to oversee the athletic facility upgrades, the turf project, and the Toombs Central renovation. SPDG Designs, the architectural firm, is assigned to oversee the award process for the contractor.

The Board agreed to compensate TQ Constructors, INC. a flat fee of $59,950 + $1,000 in pre-construction costs. The project scope for TQ includes the Toombs Central Elementary Renovation, the high school athletic facilities, and “any other special projects identified by the Board of Education.”  The compensation for TQ Constructors, INC. also includes a 4% construction manager’s fee that is based off of the total actual construction costs plus the $59,950.

The construction cost percentage, however, is not yet completely determined because the costs are not final. Superintendent Barry Waller did however confirm Wednesday that the artificial turf contract was awarded  to Shaw Sports Turf in the amount of $617,243.

Based on documents provided to AllOnGeorgia following an Open Records Request, the Toombs County Board of Education budgeted based on projected SPLOST collections for the following projects:

If 4% of the $4,350,000 is combined with the $59,950 flat fee and the $1,000 pre-construction costs, TQ Construction would yield a total of $176,438 for overseeing the projects. But that number is yet to be determined. While the turf cost is currently below the budgeted amount, installation, labor, and other costs are still to be determined.

Because SPLOST collections come in monthly as sales taxes are collected, it is not unusual for government entities to take out bonds for the anticipated expenditure amounts and pay back the bonds as the SPLOST money comes in. Based on the documents provided to AllOnGeorgia, it appears the Toombs County School System plans to cover the upfront costs this way.

More comprehensive documents are not readily available either because the school system is working with contractors.

The Georgia Open Records Act requires disclosure of documents in the possession of the government entity – in this case, the Toombs County School System. But the school district has outsourced the projects through a contracted architect and a construction manager at-risk, both of whom are not required to make their business documents public because they do not work for the school system. This also means that the school board does not make decisions on vendors or subscontractors.

While local government entities usually offer monthly financial reports, contractor itemization, subcontractor information, and billing is usually done in a lump sum. This means that complete expenditure reports and detailed spending information may not be available until the project is complete.

You can see the initial Open Records Request filed by AllOnGeorgia below. The second file is the fulfillment documentation provided by the Toombs County School System.

Artificial turf is trending with school systems across the state. In the last several months, Candler County voted to install artificial turf at a rate of $800,000, Coweta County approved three new fields at $5.4 million, and Bibb County soccer and football fields to the tune of $2 million. All have used SPLOST and ESPLOST money for the projects. The majority of Class AAAAAAA high school football fields are now artificial turf, according to the Atlanta Journal Constitution.