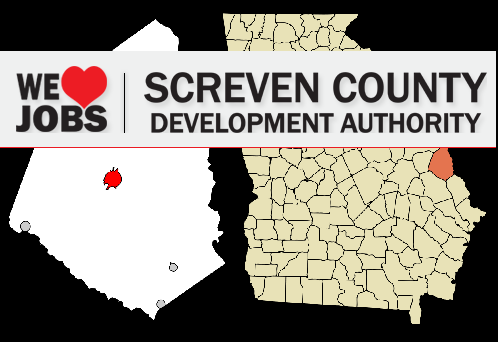 Chairman Bobby Smith called the meeting to order just after 8 a.m. with an invocation and introduction, at which time Dorie Bacon told authority members that the Editor of the Sylvania Telephone would not be present at the meeting because the Screven County Commissioners were holding a meeting at the same time.

Board members reviewed the meeting minutes from June and July and a motion was made by David Boddiford, seconded by Christie Durrence, and passed unanimously.

The June and July financial statements were also approved unanimously after a motion from Rachel Thompson and a second by Todd Bazemore. There was no discussion on the financial statements outside of Bacon’s commentary that “the only unusual things that stick out are architecture charges for the spec building. Other than that, it’s pretty much business as usual.”

Bacon offered the Director’s Report, at which time she reported a busy summer:

Bacon also took a head count for who needed a ride to the upcoming Development Authority member retreat.

A resolution was approved to simply bank documents so that Bacon can sign on bank accounts. It was approved unanimously.

Upon adjournment of the Commissioner’s meeting, Enoch Autry as well as Deena & Brian Moore came into the Development Authority meeting for the tail end of discussions.

As official business wrapped up, Smith asked if any guests would like to say anything or ask questions. Brian Moore explained that they were just present to see what is happening  with the landfill.

Bacon said she had seen rumors on Facebook saying the Development Authority was looking to buy land on Highway 17 for the landfill, but the only instance in which she has inquired about land on Highway 17 is related to the property the IDA already markets for a business.

“We are not buying land for a project,” Bacon told Moore. “We are not making a decision about the project.

“It’s not our project. We don’t have anything to do with it,” Chairman Smith said. “Nobody’s come to us, that’s a decision that zoning and county commissioners are going to have to make.” Smith also said it was recommended to the Development Authority that it remain neutral and that he plans to do so.

Moore further inquired about another rumor relating to an economic forecast for the county whether the landfill is approved or whether it is not.

Bacon only responded that the Development Authority was “not involved in garbage collection in any way.” She did not mention the economic forecast for the county.

Chairman Smith asked that anyone with questions about the Development Authority come forward before fabricated rumors spread on social media. Bacon closed the conversation by saying “Just call us and ask. I’m going to be truthful.”

Moore thanked Smith for the opportunity to ask questions during the meeting.

The meeting adjourned just after 8:30 A.M.

You can listen to the discussion on the landfill in the audio clip below.
Author’s Note: AllOnGeorgia generally records public meetings with video equipment, but because it was the first time attending the IDA meeting in Screven County and the uncertainty about the room setup/space for equipment, only an audio recording was taken. The full meeting audio will be uploaded on the All On Georgia – Screven Facebook page late Tuesday.