34 federal prisons are affected by the COVID-19 virus, and the number is expected to increase. 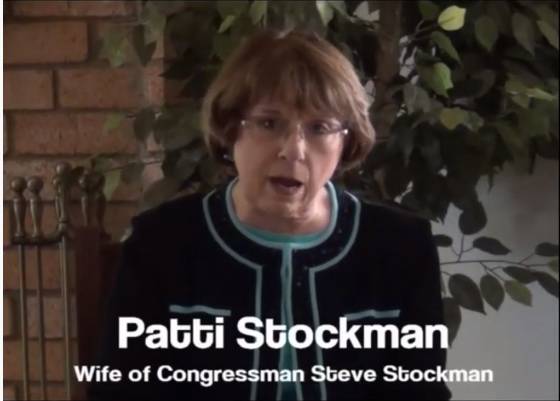 The wife of an imprisoned former U.S. Congressman this week released a video imploring President Donald Trump to pardon her husband on humanitarian grounds or allow him to serve his sentence in home confinement, citing health conditions that put him at increased risk of fatality if he contracts COVID-19.

Steve Stockman, 63, who is a Type II diabetic, has scarred lungs and high blood pressure, has served two years of a 10-year sentence in a federal prison in Beaumont, Texas. After three failed grand juries, a fourth indicted him. He was convicted in 2018 of diversion of federal election donations.

Thirty four federal prisons are affected by the COVID-19 virus, and the number is expected to increase. Attorney General William Barr, in a memo to Director of Bureau Prisons, listed the age and vulnerability of the inmate to COVID-19 as the first factors to consider in assessing inmate’s eligibility for home confinement.

“Mr. President, I ask you please, to intervene so that this sentence does not become a death penalty. This punishment does not fit the conviction,” Stockman says in her video.

In nearby Harris County, a judge released a murder suspect on bond on March 23 after saying he feared contracting COVID-19 in jail.

“My pleas are reasonable. My husband is not a danger to society. At a minimum, I want Steve to shelter at home so that he’s not sent to me in a body bag in a few weeks. Keeping an aging, physically vulnerable, non-violent, non-sex crime convicted inmate in prison during a pandemic is cruel,” Patti Stockman said in an interview.

“Steve Stockman poses no danger to society, but remaining in prison may be a death sentence for him,” the letter states. The signers call him the “perfect example of a prisoner who fits the criteria of who should be removed from prison” during the pandemic.

What do you think?