MAP MONDAY: States with the Most & Least Powerful Voters

When it comes to Voter Power Score, there are a few states to really consider for both the Presidential election & the eventual control of the U.S. Senate. We take a look in this week’s Map Monday. 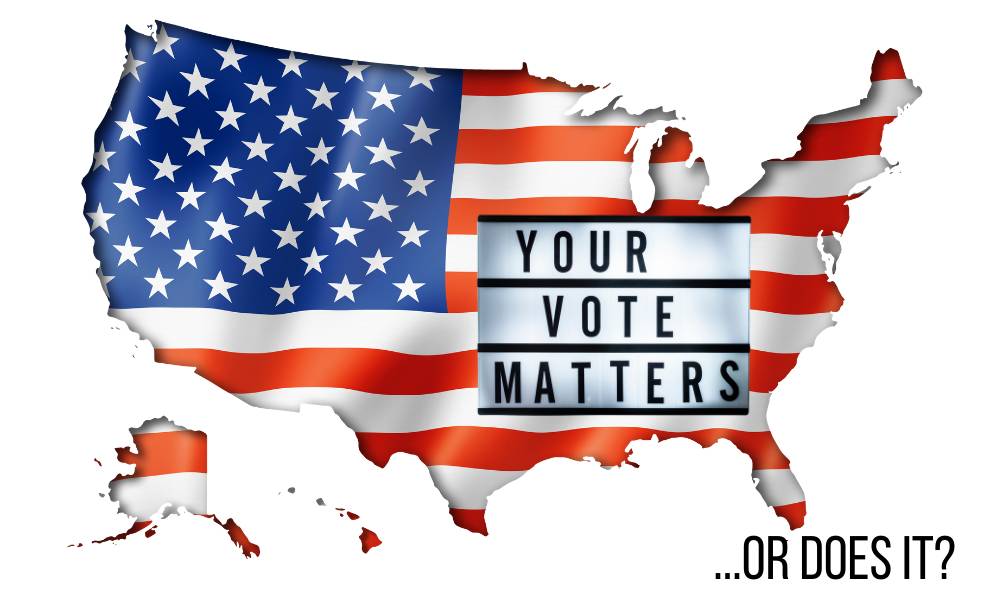 Voters will head to the polls on Tuesday to cast their ballot for the next President of the United States, among other important races that will largely impact their day to day lives.

But some will argue that their vote didn’t count or it ‘didn’t matter’ because of the heavy focus on the outcome of just a handful of states. So which states will decide the outcome of the upcoming election?

Personal financial website WalletHub recently examined the relative influence of voters in both the presidential and Senate races by considering data from the U.S. Census Bureau, fivethirtyeight.com and archives.gov. In order to make such a comparison, they calculated a Voter Power Score for each state and for each type of election. WalletHub suggests that it’s “extremely likely that a Republican senator from Kentucky and a Democratic senator from Delaware will both be re-elected. But voters’ choices for senators in swing states hold much more power because they determine which political party controls the Senate.”

So, when it comes to Voter Power Score, there are a few states to really consider. We take a look in this week’s Map Monday.

It should come as no surprise that the Peach State is very much in play for the outcome of Tuesday’s Presidential election. Georgia ranked 4th for Vote Power, behind Ohio, Iowa, and Alaska.

When it comes to the least influence, or Voter Power, California was the state that ranked last.

(scroll over each state to view the respective ranking)

Source: WalletHub
But the Peach State doesn’t have the same level of influence for the Senate races. Georgia came in at No. 13 with the Top 5 as follows:
And the bottom 5 ranked as follows:

Christopher Sebastian Parker, Professor of Political Science at the University of Washington, Seattle says ‘ranked choice voting’ could reform the process and equalize representation based on population. He also said it is ‘anti-democratic’ that there are two Senators concretely defined for every state.

But Dr. Shirley Anne Warshaw, Political Science Professor and Director of the Fielding Center for Presidential Leadership Study at Gettysburg College, says the opposite, that the 100-person Senate is the appropriate way to govern. “The Senate, with its manageable number of 100, is a far more effective decision-making body than is 435. While it is not perfect, it works. Certainly, it appears that Delaware has more bang for its buck in the Senate than does California, but California has so in the House.”