The statement of interest explains that Washington’s preferable treatment of secular gatherings such as restaurants, taverns, and outdoor protests compared to the restrictions imposed on indoor and outdoor religious services triggers heightened scrutiny under the Constitution. 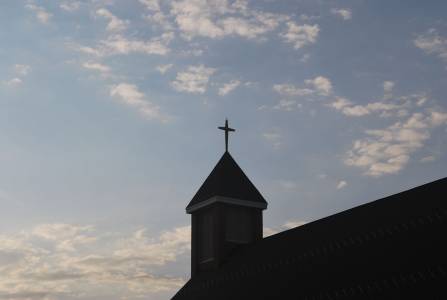 The statement of interest explains that Washington’s preferable treatment of secular gatherings such as restaurants, taverns, and outdoor protests compared to the restrictions imposed on indoor and outdoor religious services triggers heightened scrutiny under the Constitution.

The statement of interest is part of Attorney General William P. Barr’s April 27, 2020 initiative directing Assistant Attorney General for Civil Rights, Eric Dreiband, and the U.S. Attorney for the Eastern District of Michigan, Matthew Schneider, to review state and local policies to ensure that civil liberties are protected during the COVID-19 pandemic.

“The protections enshrined in the United States Constitution and the Bill of Rights are enduring, and we must be vigilant in making sure that governments do not unlawfully infringe upon the rights that they protect. First among these rights is the First Amendment’s guarantee that no government in this country may prohibit the free exercise of religion,” said Assistant Attorney General Eric Dreiband for the Civil Rights Division. “The Constitution’s protections are especially critical during times of crisis. The United States must remain committed at all times to the right of all people to worship and pray and follow the dictates of their conscience in a manner that respects others and the public health and safety. By doing so, our nation honors the legacy of countless patriots who worked, struggled, fought, suffered, and died to protect our freedom. The Department of Justice will continue its efforts to secure the Constitutional rights of all people in this nation.”

“The department will continue to be vigilant in protecting religious liberty when states and localities exceed constitutional limits,” said Matthew Schneider, U.S. Attorney for the Eastern District of Michigan, who, with Assistant Attorney General Dreiband, is overseeing the Justice Department’s effort to monitor state and local polices relating to the COVID-19 pandemic.

“At a time of uncertainty and anguish in our community, the ability to gather to express one’s faith and seek comfort is a fundamental right,” said U.S. Attorney Brian T. Moran for the Western District of Washington. “Just as we have seen peaceful protestors gathered together and exercising their First Amendment rights, so too must we protect the right of religious institutions such as churches, mosques and temples to gather together and express their faith.”

Two weeks ago, the U.S. Supreme Court issued a ruling regarding California’s reopening plan in South Bay United Pentecostal Church v. Newsom (May 29, 2020).  By a 5-4 vote, the Supreme Court declined to temporarily block California’s rules. In their opinions explaining the result, however, each Justice who wrote agreed that even during the COVID-19 pandemic the Constitution requires states to treat houses of worship equally with comparable secular businesses. Chief Justice Roberts concluded that, on the facts of the California case, California “exempts or treats more leniently only dissimilar activities, such as operating grocery stores, banks, and laundromats, in which people neither congregate in large groups nor remain in close proximity for extended periods.”  He also noted that the “precise question of when restrictions on particular social activities should be lifted during the pandemic is dynamic and fact-intensive matter subject to reasonable disagreement,” which, when within constitutional bounds is entrusted to the “politically accountable officials of the states.” Justices Kavanaugh, Thomas and Gorsuch would have “grant[ed] the Church’s requested [relief] because California’s latest safety guidelines discriminate against places of worship and in favor of comparable secular businesses.”

In its statement of interest filed today in Haborview Fellowship v. Inslee, the United States explains that the State of Washington “exempts or treats more leniently” precisely the types of activities that Chief Justice Roberts said are appropriate comparators for religious gatherings—specifically, activities that involve people “congregat[ing] in large groups [ ]or remain[ing] in close proximity for extended period,” such as restaurants, taverns, and protests. Because those activities are permitted with social distancing and hygiene measures, the church must be treated the same unless the state can persuasively show that there are material differences between gathering for an extended period in a restaurant or tavern and a house of worship, or between an outdoor protest and an outdoor worship service.

Washington currently permits various restaurants and taverns to operate at 50% of capacity with no total cap on number of patrons, so long as they observe 6-foot social distancing and various hygiene measures.  Places of worship, however, are limited to a hard cap of 50 people or 25% of capacity, whichever is less. Outdoor worship services are limited to 100 people. As detailed in the statement of interest, Governor Inslee has placed no limit on total numbers for outdoor protests, only requesting that participants  “be safe for themselves and the people around them” by “wearing a mask and . . . distancing as much as you can.”

You can read the statement here.

DOJ Files Statement of Interest in Support of Freedom of Religion Against the State of Colorado
COMPARE: Partisan Politics of Proposed Police Reforms in Congress
Posting....