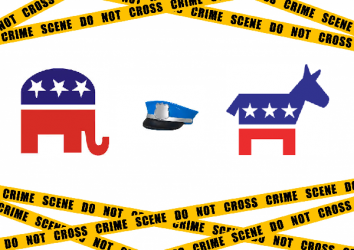 In addition to the Executive Order signed by President Trump on Tuesday, there are two bills pending before Congress which seek to overhaul policing at the local, state, and federal levels.
Here’s a side-by-side comparison of the 100+ page bills.

Presidential contender Joe Biden’s spokesman, Andrew Bates, said in a statement, “As his criminal justice proposal made clear months ago, Vice President Biden does not believe that police should be defunded. Biden supports the urgent need for reform–including funding for public schools, summer programs, and mental health and substance abuse treatment separate from funding for policing–so that officers can focus on the job of policing.” 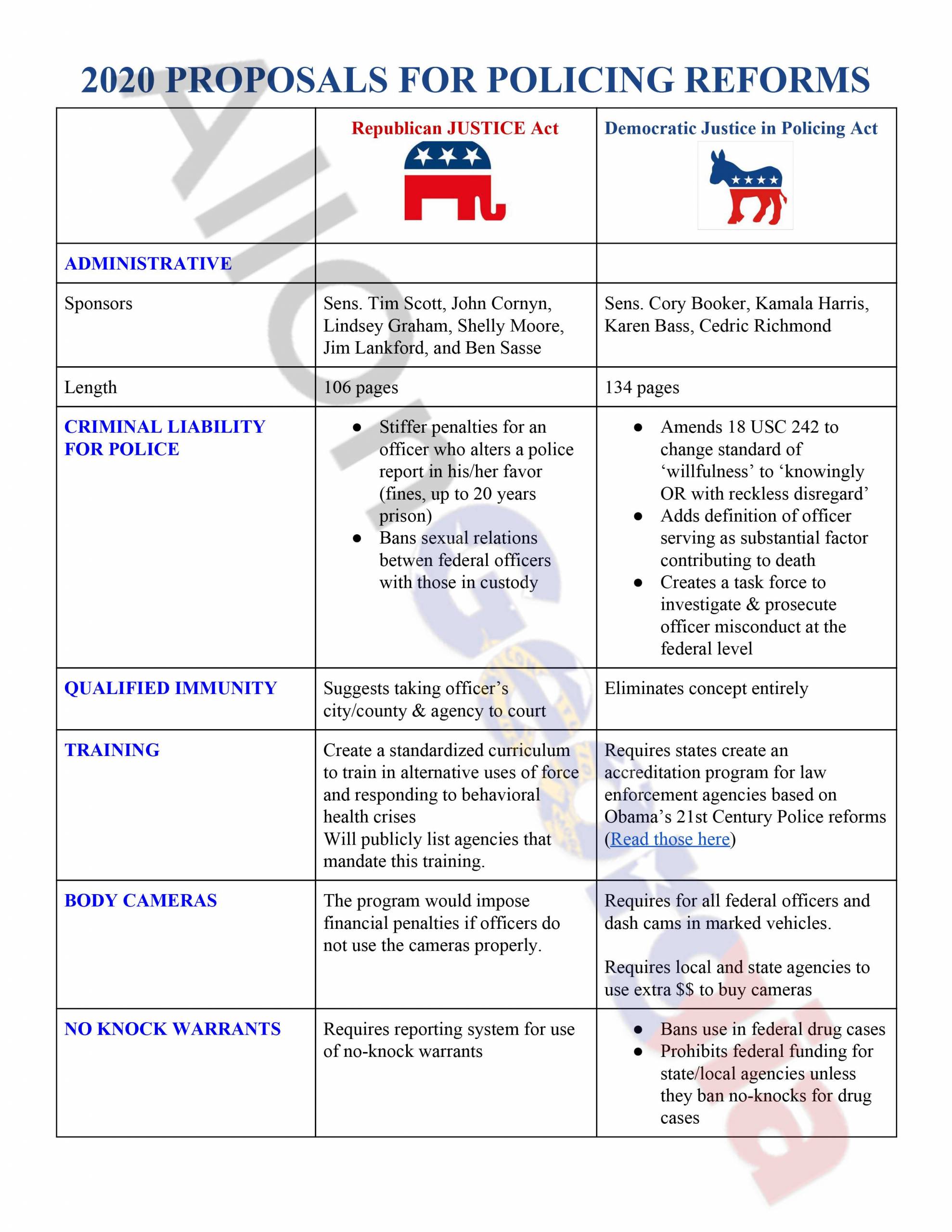 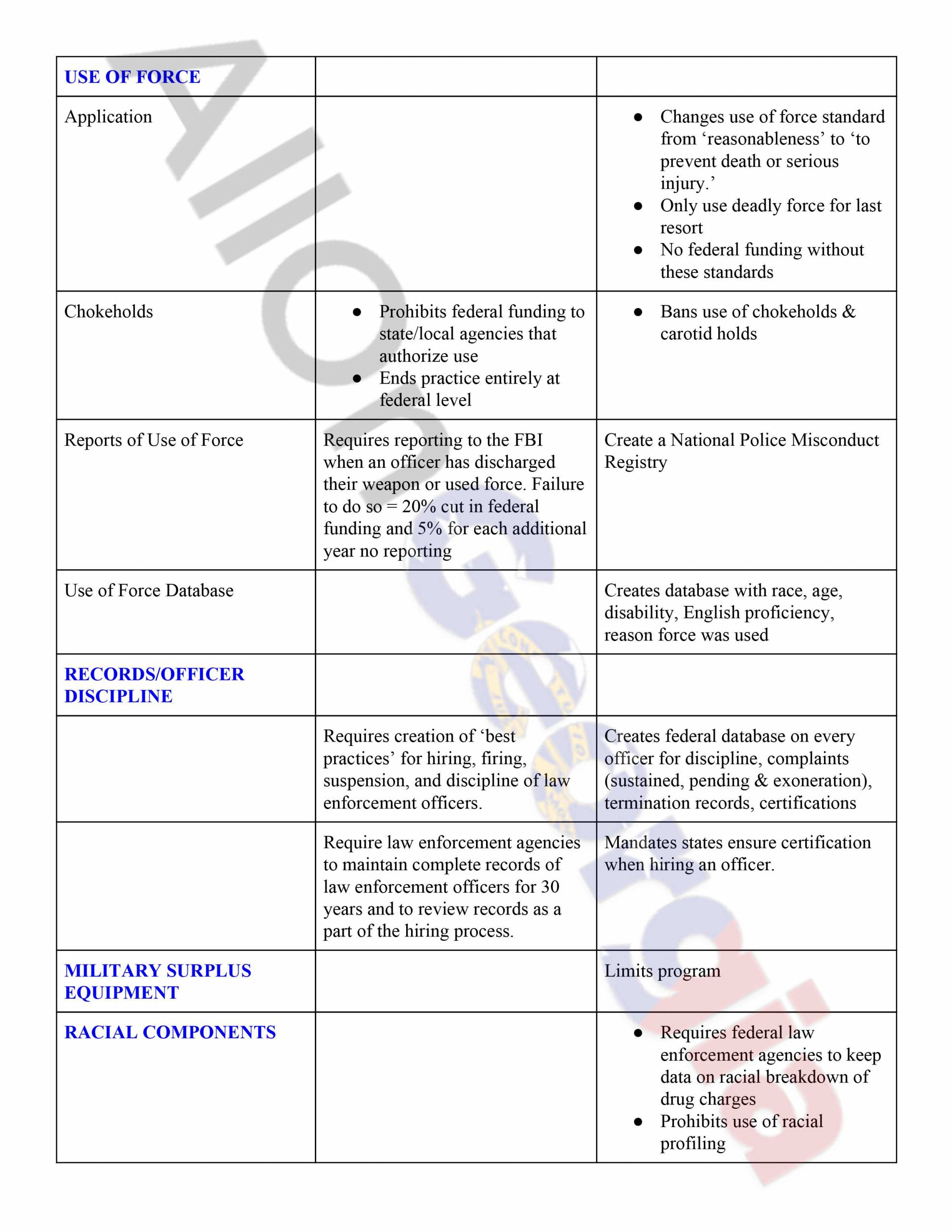 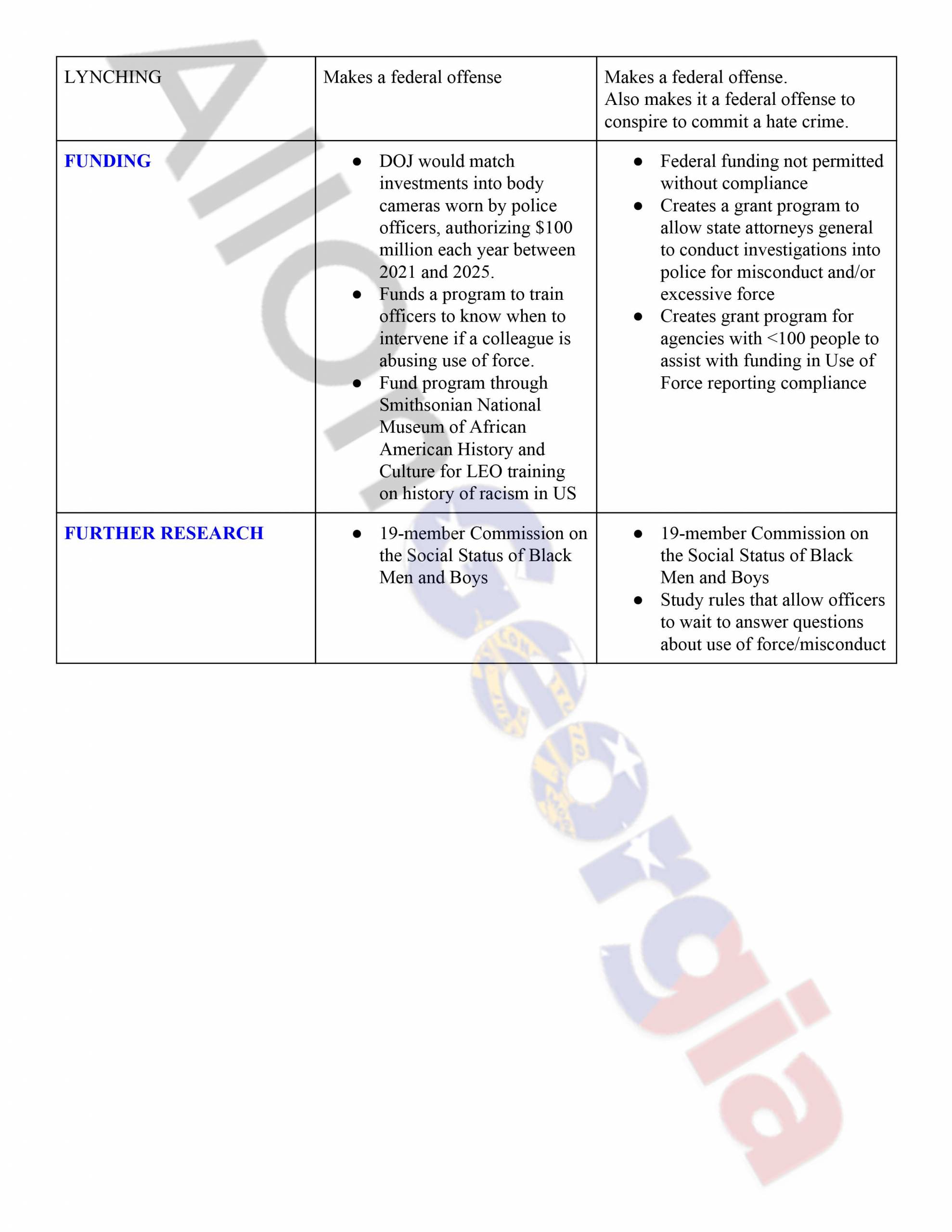 Other sponsors of Democratic Justice in Policing Act: (statement/press release linked in name)