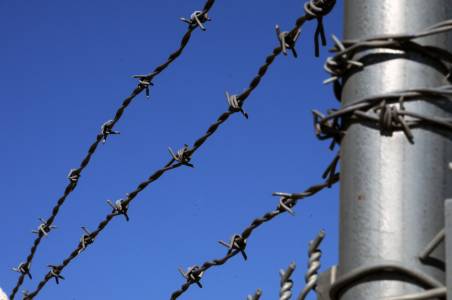 As local jails, state prisons, and federal correctional institutions around the nation implement procedures in an attempt to keep COVID-19 outside of detention facilities, a group of detainees is seeking a federal court order against a privately-owned prison facility.

Thousands of detained immigrants in ICE facilities run by the GEO Group, a private prison company, are seeking an emergency order from the U.S. District Court alleging that GEO Group officials have failed to provide personal protective equipment, soap, and sanitizer for detainees who are charged with cleaning and sanitizing common areas in the private facilities around the nation.

While the temporary restraining order was sought in the Central District of California, the decision will have trickle down impacts on privately-run ICE facilities and other correctional institutions across the country.

According to a news release issued by the law firm representing the detainees – Burns Charest LLP – on Tuesday:

The motion alleges that any inmates refusing to comply with the company’s directives face solitary confinement and other serious harm. But compliance with GEO’s program, the motion says, puts detainees in extreme risk of exposure to the virus that causes COVID-19.

Late last year the court certified class action litigation against the company based on detainees’ claims of forced labor and wage theft.

“The court certified a nationwide class to put an end to the illegal use of unpaid, forced labor that drives GEO’s profits,” said Daniel Charest of Burns Charest LLP, one of the attorneys for the class. “Now with the spread of COVID-19, GEO’s unlawful practices could turn deadly. This has to stop now.”

To address the risk of exposure to COVID-19, the class seeks an order requiring GEO to stop using detainee labor on general sanitation tasks or, in the alternative, to provide protective clothing and antiseptic supplies when performing the tasks. The filing also demands testing for COVID-19.

In March, ICE issued a directive ordering all attorneys visiting detainees to wear their own masks and gloves. Immigration lawyers in Arizona and other states have been turned away from detention facilities after arriving without PPE products.

The GEO Group, like CoreCivic and other private prison corporations, has come under fire in recent years by justice reform advocates as they argue that the prisons should not be for-profit entities as the companies frequently institute quotas requiring that the government keep a certain number of inmates in the privately-run facilities in order to maintain the reduced contract rate.