Animals May Soon Have a Voice in California Courts

The bill would allow judges to appoint courtroom advocates to represent the interests of an animal in a criminal animal proceeding. 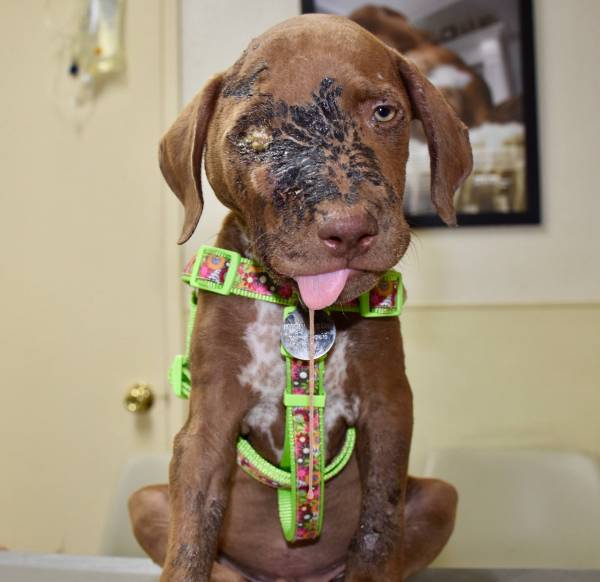 Assemblymember Adrin Nazarian (D, Van Nuys) introduced Riley’s Law, Assembly Bill AB 2645 that would allow judges to appoint courtroom advocates to represent the interests of an animal in a criminal animal proceeding. Advocates would be comprised of pro bono attorneys or supervised law students. The bill is sponsored by Animal Hope in Legislation and Animal Legal Defense Fund.

Riley’s Law is named in honor of a dog who was severely abused as a puppy. He suffered a broken jaw and acid burns on his face and body. Riley was rehabilitated and adopted out to a loving family by the Animal Hope and Wellness Foundation, a San Fernando Valley based dog rescue.

“As a rescuer, I have seen some of the most horrific acts of violence against dogs and cats, animals we call our family members,” said Marc Ching, Founder of Animal Hope in Legislation and Animal Hope and Wellness Foundation. “When it comes to such cases, these animals deserve a voice that would speak on their behalf. Riley’s Law would do just that.”

Animal crimes involve victims who are unable to speak for themselves. The advocate’s duty would be to speak for the needs and interests of an animal crime victim. These needs center on the animal’s health and well-being as well as the prevention of future animal cruelty. According to Jennifer Hauge, Animal Legal Defense Fund, “A dog may languish in a shelter while her abuser awaits trial, kittens born to a cat held as evidence will need to be placed in loving homes, and dogs used in fighting will almost certainly require rehabilitation.”

Defense attorneys have a duty to their client and prosecutors have a duty to the state, but no one is tasked with directing the court’s attention to the animal’s needs. Advocates can be appointed at any point after a criminal cruelty proceeding commences—and are appointed entirely at the judge’s discretion.

“The interests of these animal victims must not go unaddressed,” said Assemblymember Nazarian. “As such, this proposed new law will give judges, prosecutors, and defense counsel more complete information from which to operate.”

The first Courtroom Animal Advocate Program was enacted in 2016 in Connecticut. Federally, during the 2007 Michael Vick dog fighting case, a federal judge appointed Professor Rebecca Huss as a guardian ad litem. Professor Huss was tasked with making independent recommendations to the court for the disposition of each seized dog after considering their well-being. This innovative decision has been credited with saving the lives of the nearly 50 dogs seized as part of the case and ultimately for shifting the national standard for how dogs used for fighting are rescued and rehabilitated.

Animal Hope and Wellness Foundation is a 501(c)(3) non-profit based in Los Angeles that rescues, rehabilitates and rehomes abused dogs and cats locally and abroad. For more information visit animalhopeandwellness.org.