The President’s Roadmap to Empower Veterans and End the National Tragedy of Suicide (PREVENTS) task force will include a community integration and collaboration proposal, a national research strategy and an implementation strategy. 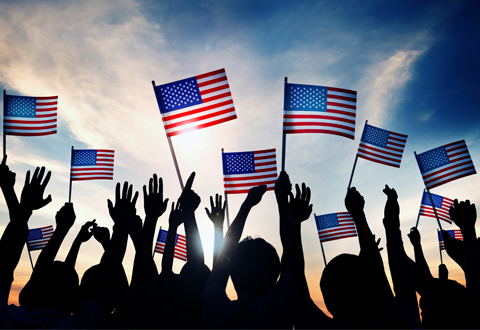 The President’s Roadmap to Empower Veterans and End the National Tragedy of Suicide (PREVENTS) task force will include a community integration and collaboration proposal, a national research strategy and an implementation strategy.

Efforts supporting the development of the roadmap are already well under way and are on target for the March 2020 delivery to the White House.

“This is a call to action,” Wilkie said. “In order to decrease the rate of Veteran suicide, we need to engage our local and community partners in addition to leveraging the resources of the departments. We need an all-hands on-deck approach to preserve the lives of our Veterans who have served our country. As such, I am thrilled to announce that Dr. Barbara Van Dahlen, the founder and president of Give an Hour, has agreed to serve as executive director of the critical PREVENTS work. Dr. Van Dahlen is widely recognized for changing the culture surrounding mental health and suicide and is an expert and thought leader in large-system change. We are proud to have her leading this effort.”

On March 5,  President Donald J. Trump signed an executive order (EO) titled “National Roadmap to Empower Veterans and End Suicide.” The EO directed the Secretary of VA and the director of the White House Domestic Policy Council to co-chair and stand up an interagency task force to develop a plan implementing a roadmap for the prevention of Veteran suicide at the national and community level.

As part of the effort to ensure the broadest stakeholder input in the development of the national research strategy, the task force is releasing a Request for Information (RFI) to gather feedback on how to improve research and the use of research to radically reduce Veteran suicide. Input may be provided at www.research.va.gov/PREVENTS.

“In signing this Executive Order, President Trump demonstrated that once again he is putting a high priority on the needs of our Veterans,” Grogan said. “Through the standup of a collaborative task force, the development and implementation of a public health approach and enhanced research, we will increase our efforts to prevent Veteran suicide with the aspirational goal of zero Veteran suicides.”

Veterans who are in crisis or having thoughts of suicide, and those who know a Veteran in crisis, can call Veterans Crisis Line for confidential support 24 hours a day. Call 800-273-8255 and press 1, send a text message to 838255 or chat online at VeteransCrisisLine.net/Chat.

This is a press release from the U.S. Department of Veteran’s Affairs.