The total volume of mail and packages delivered during the year declined by 3.8 billion pieces or 2.6%. 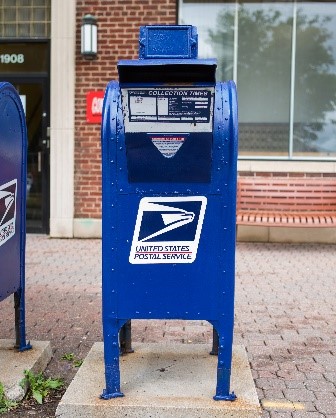 The U.S. Postal Service reported operating revenue of $71.1 billion for fiscal year 2019 (October 1, 2018 – September 30, 2019), an increase of $514 million compared to the prior year. The higher revenues were driven largely by price increases and continued growth in the Shipping and Packages business, where revenue increased $1.3 billion, or 6.1 percent, which more than offset revenue declines in First-Class and Marketing Mail as a result of declining volumes in that segment of its business.

“We continue to adjust to declining mail volume and remain focused on leveraging our unique and unrivaled network to gain new customers and grow profitable revenue in the increasingly competitive package business,” said Postmaster General and CEO Megan J. Brennan.

“However, revenue growth in our package business will never be enough to offset imbalances in the Postal Service’s business model, which must be addressed through legislative and regulatory reforms in order to secure a sustainable future,” Brennan emphasized.

Operating expenses for the year were $79.9 billion, an increase of $5.4 billion, or 7.3 percent, compared to the prior year. This was driven by an increase in workers compensation expense of $3.5 billion, of which $3.4 billion was directly the result of changes in discount rates outside of management’s control.

“We continued to make progress in the fiscal year in containing expenses that are under management’s control,” said Chief Financial Officer and Executive Vice President Joseph Corbett. “However, actions within the control of the Postal Service are not enough to return the Postal Service to financial health.”

Selected FY 2019 and 2018 Results of Operations and Controllable Loss
This news release references controllable loss, which is not calculated and presented in accordance with accounting principles generally accepted in the United States (GAAP). Controllable loss is defined as net loss adjusted for items outside of management’s control and non-recurring items. These adjustments include workers’ compensation expenses caused by actuarial revaluation and discount rate changes, and the amortization of PSRHBF, CSRS and FERS unfunded liabilities. The following table presents selected results of operations and reconciles GAAP net loss to controllable loss and illustrates the loss from ongoing business activities without the impact of non-controllable items for the twelve months ended September 30, 2019, and 2018: