Since the program’s inception in 1994, more than 1.1 million AmeriCorps members have served, giving more than 1.6 billion hours of service and earning more than $3.6 billion in education awards, or scholarships, $1 billion of which has been used to pay back student debt. 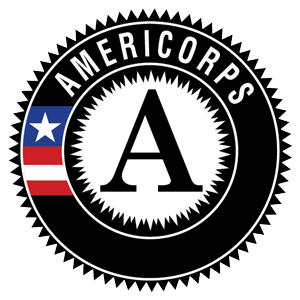 As the agency prepares to celebrate the 25th anniversary of the first AmeriCorps class, the Corporation for National and Community Service (CNCS), the federal agency that administers the AmeriCorps program, today released its annual rankings of the states and cities that generate the most AmeriCorps members. Individual and complete rankings graphics and other media assets can be found here.

“Whether they come from big cities, small towns, or rural communities all AmeriCorps members take the same pledge: to get things done for America,” said Barbara Stewart, CEO of the Corporation for National and Community Service, the federal agency that administers the national service program. “For 25 years, their service as AmeriCorps members exemplifies what it means to be an active, engaged citizen. I salute every AmeriCorps member for their dedication and determination to ‘get things done’ and encourage other Americans to make the same commitment.”

This fall marks the 25th anniversary of the AmeriCorps program. For more than two decades, dedicated Americans have joined AmeriCorps and pledged to get things done. They prepare students for college, reduce crime and revitalize cities, connect veterans to jobs, fight the opioid epidemic, rebuild communities following disasters, preserve public lands, strengthen education, foster economic opportunity, and more. Every year, 75,000 AmeriCorps members serve through more than 21,000 schools, nonprofits, and community and faith-based organizations across the country.

Since the program’s inception in 1994, more than 1.1 million AmeriCorps members have served, giving more than 1.6 billion hours of service and earning more than $3.6 billion in education awards, or scholarships, $1 billion of which has been used to pay back student debt.

“Congratulations to all our 2019 AmeriStates and AmeriCities” said Chester Spellman, director of AmeriCorps. “AmeriCorps is America at its best – people putting compassion into action. In thousands of communities across the country, AmeriCorps members are building a brighter tomorrow and organizations are looking for dedicated Americans to make the same commitment.”

A growing body of research shows that service has an effect on more than just the communities served it impacts the members themselves. AmeriCorps alumni credit their year of service with helping them develop leadership skills that bridge divides, solve problems, and open doors to opportunities that advance their careers and education. In addition, research shows that alumni gain skills and are exposed to experiences that communities and employers find valuable.

Below are the nation’s top 10 AmeriCorps member-producing states and cities for 2019:

Those interested in joining AmeriCorps can learn more at JoinAmeriCorps.gov.