The policy, which will be instituted by DHS starting next week, is part of the Trump Administration’s strategy to mitigate the loopholes that act as a “pull factor” for family units seeking to cross illegally at the Southwest border. 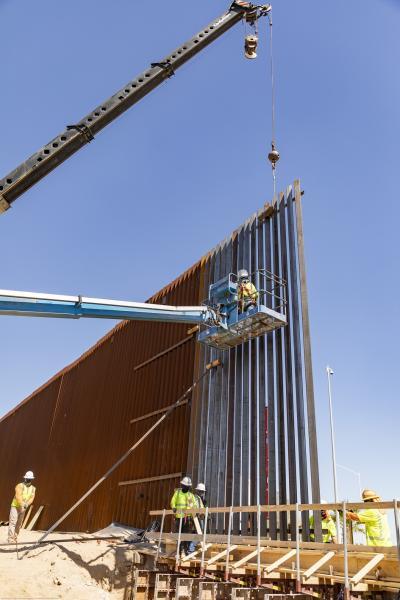 During a speech at the Council on Foreign Relations last week in Washington, Acting Secretary of Homeland Security Kevin K. McAleenan announced the combined impact of DHS initiatives that will effectively end  “catch and release” for Central American families arriving at the border.

The policy, which will be instituted by DHS starting this week, is part of the Trump Administration’s strategy to mitigate the loopholes that act as a “pull factor” for family units seeking to cross illegally at the Southwest border.

“With some humanitarian and medical exceptions, DHS will no longer be releasing family units from Border Patrol Stations into the interior,” said Acting Secretary McAleenan. “This means that for family units, the largest demographic by volume arriving at the border this year, the court-mandated practice of catch and release, due to the inability of DHS to complete immigration proceedings with families detained together in custody, will have been mitigated. This is a vital step in restoring the rule of law and integrity to our immigration system.”

If migrant family units do not claim fear of return, they will be quickly returned to their country of origin, in close collaboration with Central American countries. If they do claim fear, they will generally be returned to Mexico under the Migrant Protection Protocols (MPP).

Implementing these tools ensures effective immigration results without releasing family units into the U.S. interior, the agency says. This approach also serves as a transition to full implementation of the Flores final rule, which will further allow DHS to hold families together through fair and expeditious immigration proceedings.

Apprehensions have hit record levels this year. In May, when U.S. Customs and Border Protection apprehended or encountered over 144,000 migrants at our Southwest border, 90% crossed illegally between ports of entry. This included a day of over 5,800 border crossings in a single 24-hour period. It also included the largest single group ever apprehended, 1,036 migrants crossing together in the El Paso sector. Of the record May apprehensions, 72% were of unaccompanied children and family units. However, upon the implementation of several DHS initiatives, daily arrivals have decreased by 64% from May and total enforcement actions for Central Americans arriving at the border have been reduced by over 70%.

Acting Secretary McAleenan’s prepared remarks from the speech can be found here.