Candace Claiborne received tens of thousands of dollars in benefits from 2 Chinese agents in exchange for Internal State Department documents. 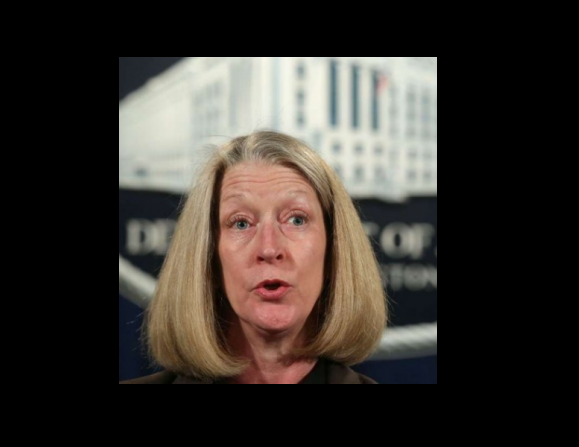 Candace Marie Claiborne, a former employee of the U.S. Department of State, was sentenced Tuesday to 40 months in prison, three years of supervised release and a fine of $40,000, for conspiracy to defraud the United States, by lying to law enforcement and background investigators, and hiding her extensive contacts with, and gifts from, agents of the People’s Republic of China, in exchange for providing them with internal documents from the U.S. State Department.

“Chinese intelligence agents convinced Candace Marie Claiborne to trade her integrity and confidential information of the United States government for cash and other gifts for herself and her family,” said Assistant Attorney General Demers. “Claiborne withheld information and lied repeatedly about these foreign intelligence contacts. Violations of the public’s trust are an affront to our citizens and to all those who honor their oaths. With this sentencing, justice has been imposed for these dishonorable criminal acts.”

“Candace Claiborne received gifts from foreign officials and lied to investigators repeatedly about her role in defrauding the U.S. government,” said U.S. Attorney Liu. “Claiborne violated her oath as a State Department employee, and we will continue to hold accountable those abuse their positions of trust.”

“Claiborne was entrusted with privileged information as a U.S. government employee, and she abused that trust at the expense of our nation’s security,” said John P. Selleck, Acting Assistant Director in Charge of the FBI Washington Field Office. “The targeting of U.S. security clearance holders by Chinese intelligence services is a constant threat we face, and today’s sentencing shows that those who betray the trust of the American people will be held accountable for their actions. I would like to thank the men and women of the FBI Washington Field Office and our partners at the Department of Justice for their work in investigating and prosecuting this case.”

“This sentence makes a strong statement to those who would attempt to commit crimes that violate the public trust and damage our national security. The Diplomatic Security Service is dedicated to working with the FBI and the U.S. Attorney’s Office to ensure that those who commit these crimes are brought to justice,” said Deputy Assistant Secretary Colón.”

Claiborne, of Washington, D.C., pleaded guilty in April 2019 in the U.S. District Court for the District of Columbia, to a charge of conspiracy to defraud the United States. She was sentenced by the Honorable Randolph D. Moss.

According to the plea documents, Claiborne began working as an Office Management Specialist for the Department of State in 1999. She has served overseas at a number of posts, including embassies and consulates in Baghdad, Iraq, Khartoum, Sudan, and Beijing and Shanghai, China. As a condition of her employment, Claiborne maintained a TOP SECRET security clearance. Claiborne also was required to report any contacts with persons suspected of affiliation with a foreign intelligence agency.

In exchange for these gifts and benefits, Claiborne provided copies of internal documents from the Department of State on topics ranging from economics to visits by dignitaries between the two countries.

Claiborne noted in her journal that she could “Generate 20k in 1 year” working with one of the PRC agents, who tasked her with providing internal U.S. Government analyses on a U.S.-Sino Strategic Economic Dialogue that had just concluded.