The lawsuit claims that the Moratorium violates the rights of freedom of speech and freedom of assembly guaranteed by the First Amendment. 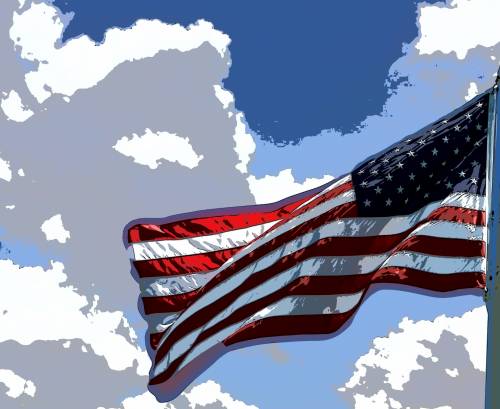 The Justice Department announced that a Statement of Interest (SOI) was filed today in a case pending in the Eastern District of Pennsylvania that challenges the City of Philadelphia’s “Event Moratorium” that prohibits issuing permits for gatherings of 150 or more people on public property.

The lawsuit claims that the Moratorium violates the rights of freedom of speech and freedom of assembly guaranteed by the First Amendment. The City of Philadelphia imposed a ban on permits for public gatherings, which led to the cancellation of its Veterans Day parade while at the same time allowing groups of any size to take to the streets without a permit to protest.

“The First Amendment to U.S. Constitution makes illegal any attempt by government to abridge the rights of the people to speak and assemble peacefully,” said Assistant Attorney General Eric Dreiband for the Civil Rights Division. “Our Founders established these rights to enshrine in our law a very simple ideal:  tyranny has no place in this free country. At a small town west of Philadelphia, at Gettysburg in 1863, President Abraham Lincoln observed that this United States of America was ‘conceived in liberty,’ and he challenged all of us ‘to be dedicated’ to a ‘new birth of freedom.’ We must and do accept President Lincoln’s challenge. The Philadelphia Vietnam Veterans Memorial Society honors those brave patriots, living and dead, who fought, suffered, and died for our freedom and for the freedom of all humanity. The U.S. Department of Justice stands with them, and we will continue to fight for their liberty and the liberty of all people.”

“This is a case about more speech, not less,” said U.S. Attorney William M. McSwain of the Eastern District of Pennsylvania. “The city’s double standard – whereby is treats protests one way and any other First Amendment gathering a completely different way – is illogical, favors particular speakers and issues, does not serve public health purposes, and is unconstitutional. The solution is not to limit protests. Rather, the solution is to eliminate the Event Moratorium and allow all speakers to express themselves in accordance with their constitutional rights.”

The SOI was filed in support of the plaintiff, the Philadelphia Vietnam Veterans Memorial Society (Vietnam Veterans), an organization that seeks to promote, honor, and dignify the memory of military veterans who served in Vietnam. Vietnam Veterans does so by sponsoring honor guards and rifle teams to attend veteran burial details and by participating in parades and other public events. Vietnam Veterans contends that it and other groups are adversely impacted by the city’s blanket ban on issuing permits for public gatherings.

On July 14, 2020, in response to the COVID-19 pandemic, the City of Philadelphia instituted the Event Moratorium, which it revised on Sept. 21. In its current form, it bans the issuing of permits for any public gathering of 150 or more people through February 2021, thus cancelling all festivals, parades, and public gatherings on city property involving 150 or more people.

At the same time, the mayor has praised those protesting social justice issues without permits and the city has waived code violations for protesters. As set forth in the SOI, this disparate treatment (and double standard) may be “viewpoint discrimination” triggering strict scrutiny under the First Amendment. In any event, the SOI concludes, under First Amendment rules on restrictions on the time, place, and manner of speech, the moratorium on permits is an improper speech restriction, since it is not narrowly tailored and does not leave open ample alternative avenues for speech.

Clean Out Your Medicine Cabinet: It’s Prescription Drug “Take Back Day”
Another $7 Billion Paid Out to Farmers Impacted by COVID-19 Pandemic
Posting....