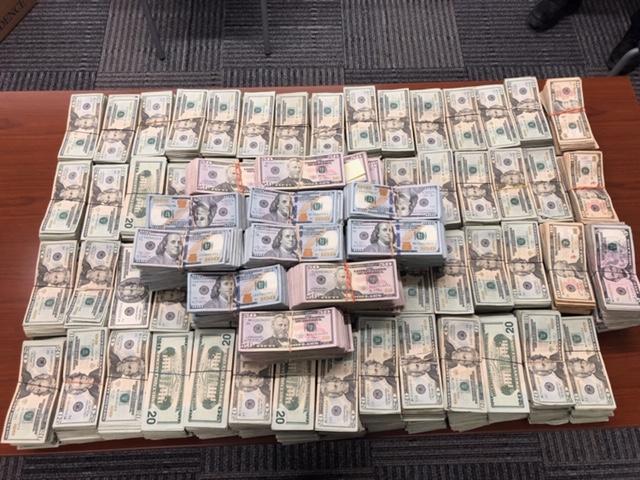 “Our frontline CBP officers continue to maintain resolute vigilance in both the inbound and outbound environments and their attention to detail helped to detect a significant load of unreported currency,” said Port Director Alberto Flores, Laredo Port of Entry.  “Large outbound currency seizures like these deny the ability of transnational criminal organizations to profit from alleged illicit activity, impacting them directly.”

The seizure occurred on Friday, Jan. 25 at Juarez-Lincoln Bridge when a CBP officer conducting outbound examinations selected a 2010 Nissan Maxima driven by a 20-year-old female U.S. citizen for examination. After initial inspection utilizing a non-intrusive imaging systems scan, CBP officers conducted an intensive physical examination and discovered 53 bundles containing a total of $988,550 in unreported currency hidden within the vehicle.

CBP officers seized the currency and arrested the driver.  The case was turned over to U.S. Immigration and Customs Enforcement-Homeland Security Investigations (ICE-HSI) special agents for further investigation.

It is not a crime to carry more than $10,000, but it is a federal offense not to declare currency or monetary instruments totaling $10,000 or more to a CBP officer upon entry or exit from the U.S. or to conceal it with intent to evade reporting requirements. Failure to declare may result in seizure of the currency and/or arrest. An individual may petition for the return of currency seized by CBP officers, but the petitioner must prove that the source and intended use of the currency was legitimate.