Eciton are a type of New World army ant with potential to cause devastation to ecosystems if left unchecked. 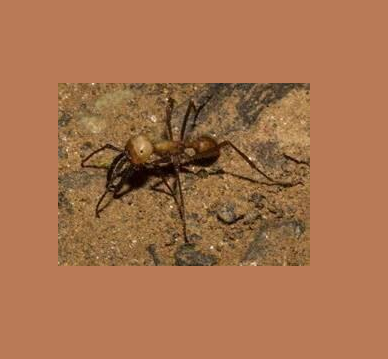 U.S. Customs and Border Protection (CBP) agriculture specialists discovered a rare and aggressive pest—a potentially destructive type of New World army ant—during an inspection at Port Manatee in June. The U.S. Department of Agriculture (USDA) has confirmed that this is the first time it has been intercepted in Florida.

CBP agriculture specialists intercepted the highly unusual pest during an inspection of malangas—a starchy root vegetable common in South America—arriving in a shipment from Mexico. Eciton are a type of New World army ant with potential to cause devastation to ecosystems if left unchecked.

Each year, CBP agriculture specialists intercept tens of thousands of “actionable pests” – those identified through scientific risk assessment and study as being dangerous to the health and safety of U.S. agricultural resources. They are highly trained and experienced in biological sciences and inspection techniques used to detect biological threats.

On a typical day in Fiscal Year 2018, CBP agriculture specialists intercepted 319 pests at U.S. ports of entry and 4,552 materials for quarantine: plant, meat, animal byproduct and soil. Learn more about how CBP protects our nation’s agriculture.

CBP agriculture specialists often intercept pests through ports of entry statewide such as Miami International Airport, Port Everglades, Miami’s Seaport and Port of Jacksonville. Due to its geographical significance, CBP’s national Centers of Excellence and Expertise for Agriculture & Prepared Products is based in Miami.

U.S. Customs and Border Protection operations in Florida include travel and trade facilitation and securing over 1,200 miles of the coastal border.