The defendant allegedly forced the journalist and two other hostages to hike across the border from Afghanistan to Pakistan and for 7 months, he and his co-conspirators held them captive. 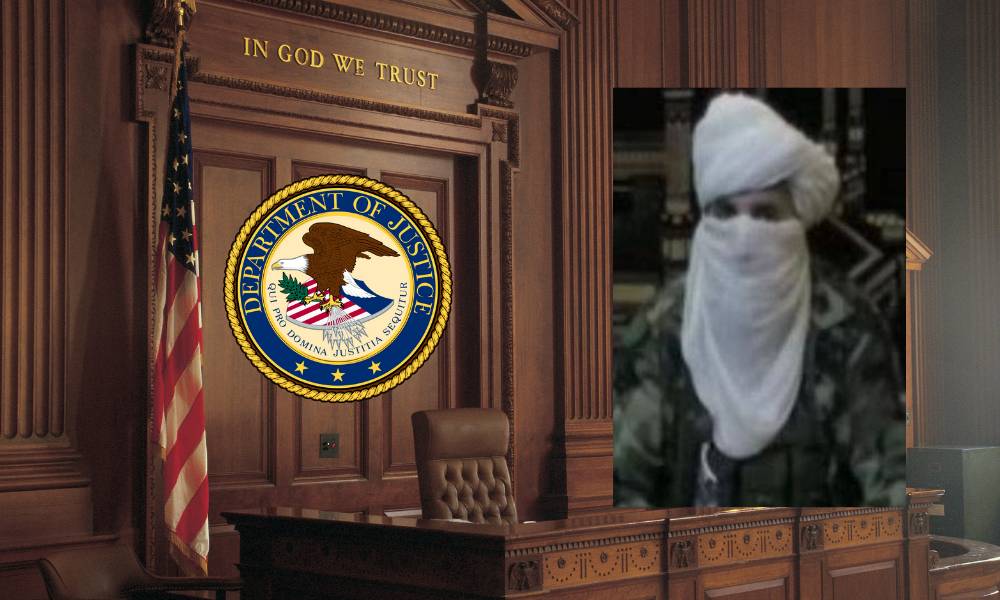 Audrey Strauss, the Acting United States Attorney for the Southern District of New York, John C. Demers, Assistant Attorney General for National Security, William F. Sweeney Jr., the Assistant Director-in-Charge of the New York Office of the Federal Bureau of Investigation (“FBI”), and Dermot Shea, Police Commissioner of the City of New York (“NYPD”), announced the unsealing of a federal indictment charging HAJI NAJIBULLAH, a/k/a “Najibullah Naim,” a/k/a “Abu Tayeb,” a/k/a “Atiqullah,” with six counts related to the 2008 kidnapping of an American journalist and two Afghan nationals.  NAJIBULLAH was arrested and transferred to the United States from Ukraine to face the charges in the indictment.  NAJIBULLAH will be presented today before U.S. Magistrate Judge Ona T. Wang.  The case is assigned to U.S. District Judge Katherine Polk Failla.

Acting U.S. Attorney Audrey Strauss said:  “As alleged, nearly 12 years ago, the defendant arranged to kidnap at gunpoint an American journalist and two other men, and held them hostage for more than seven months.  The prosecution of Haji Najibullah shows that law enforcement will never stop in our mission to hold accountable those who commit violent crimes against American citizens.”

Assistant Attorney General for National Security John C. Demers said:  “Najibullah is charged with taking an American journalist and others hostage in Afghanistan in November 2008.  Journalists risk their lives bringing us news from conflict zones, and no matter how much time may pass, our resolve to find and hold accountable those who target and harm them and other Americans will never wane.  The defendant, like many others before and surely others to come, will now face justice in an American courtroom.”

FBI Assistant Director William F. Sweeney Jr. said:  “Whether someone commits a violent act against an American citizen here at home or overseas, we’ll never stop aggressively pursuing charges against them and, when necessary, seeking their transfer to U.S. custody.  Najibullah’s alleged reprehensible actions over a decade ago earned him a flight to the U.S. yesterday.  Today he arrived in U.S. federal court to face our justice system.”

Police Commissioner Dermot Shea said:  “Haji Najibullah’s alleged kidnapping of a United States journalist and two Afghan nationals was a crime against America, a crime against the freedom of the press, and against the integral work of shining a light on important international affairs. While today’s federal indictment reflects events that occurred a dozen years ago, it shows once again that the FBI-NYPD Joint Terrorism Task Force and all of our law enforcement partners will wait as long and go as far as it takes to bring justice.”

According to the Indictment:[1]

NAJIBULLAH, 42, of Afghanistan, is charged with hostage taking, conspiracy to commit hostage taking, kidnapping, conspiracy to commit kidnapping, and two counts of using and possessing a machinegun in furtherance of crimes of violence.  Each of the six counts of the Indictment carries a maximum sentence of life in prison.  The maximum potential sentences in this case are prescribed by Congress and are provided here for informational purposes only, as any sentencing of the defendant will be determined by a judge.

Ms. Strauss and Mr. Demers praised the outstanding efforts of the FBI’s New York Joint Terrorism Task Force.  They also thanked the New York and New Jersey Port Authority Police, the Counterterrorism Section of the Department of Justice’s National Security Division for its assistance with this investigation, as well as the Ukrainian authorities and the Office of International Affairs of the Justice Department’s Criminal Division for their assistance in the arrest and transfer of the defendant.

This prosecution is being handled by the Terrorism and International Narcotics Unit.  Assistant U.S. Attorneys Sam Adelsberg, Sidhardha Kamaraju, and Michael Kim Krouse are in charge of the prosecution, with assistance from Trial Attorney Jennifer Burke of the Counterterrorism Section.

The charges contained in the Indictment are merely accusations, and the defendant is presumed innocent unless and until proven guilty.