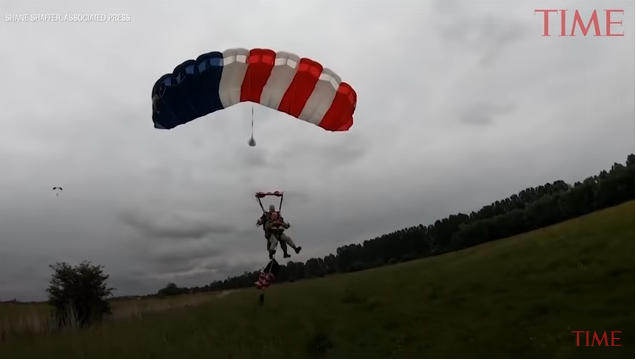 Roughly 75 years from the first time he did it, World War II veteran Tom Rice once again floated through the skies into Normandy in a D-Day ceremony honoring those who gave the ultimate sacrifice.

The 97-year-old ex-paratrooper, who now lives in San Diego, had parachuted into the Nazi-occupied Normandy beach in 1944. This time, it was light out, he had a partner, was free of weapons and enemy fire, and the landing spot was a field of wildflowers. Back then, he was with the U.S. Army’s 101st Airborne Division

“It went perfect, perfect jump,” Rice said to reporters. “I feel great. I’d go up and do it all again.”