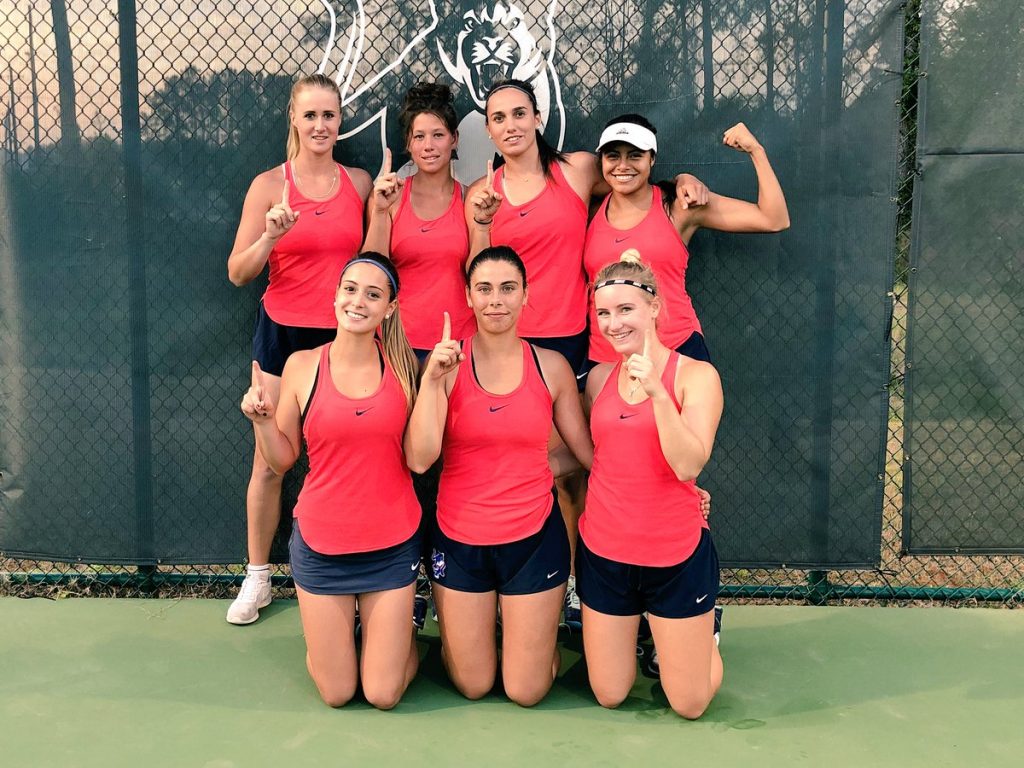 ° Beatriz Lopez was named Player of the Year.

° Candice Paya was voted Freshman of the Year.

° Evan Issacs captured the Coach of the Year award.

But the rewards did not stop there.

CSU’s Beatriz Lopez was the Player of the Year in the Peach Belt Conference.

Lopez, last year’s Freshman of the Year, became just the second Lady Cougar to take home Player of the Year honors. Paola Cigui won the award in 2012 and 2013.

Lopez is 14-3 this season in singles action, picking up four nationally-ranked wins and putting together a perfect record in conference action. The sophomore also holds an 18-3 record in doubles action, pairing together with Davico to run the table in PBC play. Davico also put together a great singles record, going 14-5 between first and second singles.

Paya has been outstanding in her first season in a Lady Cougar uniform. The freshman won the first 16 singles matches of her career and finished the regular season with a 16-1 record.

Paya spent much of the season playing doubles with Natalia Kattah Paz, and the duo took home All-Conference honors after posting a 9-3 mark together, including seven wins at the top spot.

Vitale made it four straight years on the All-Conference team after a 15-3 record in singles action. The senior combined with Tilgner to dominate in doubles action, putting together a 15-1 record with 13 straight wins to close out the regular season.

Isaacs has guided  CSU to the NCAA Tournament for the 17th straight season.