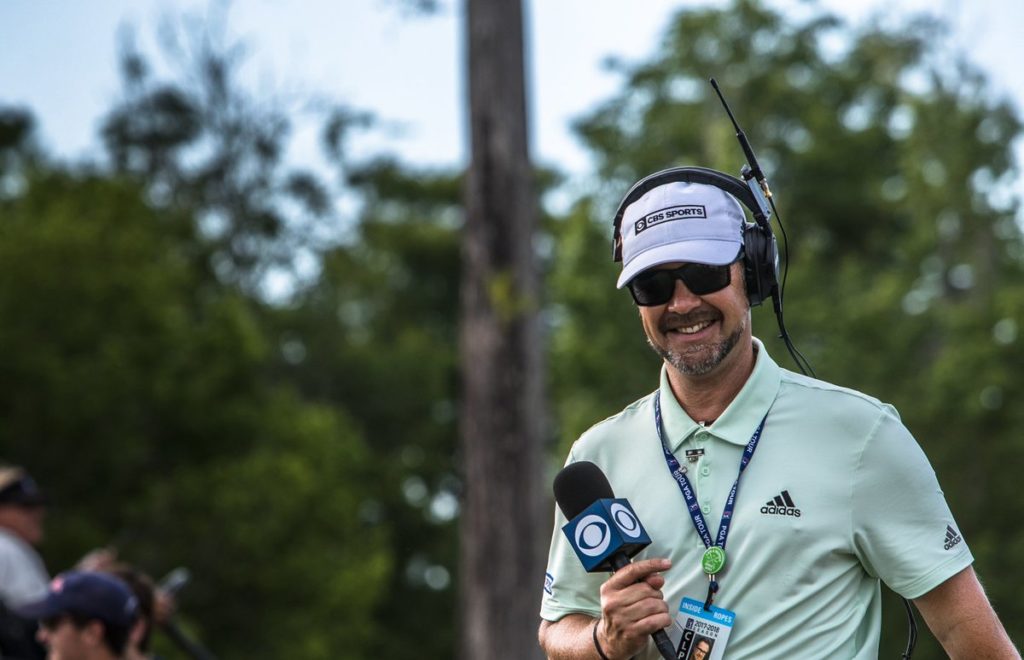 Columbus State University’s Director of Golf will be talking about the game of golf this week instead of coaching it. Mark Immelman is part of CBS Sports broadcasting team at the 100th PGA Championships at Bellerive Country Club in St. Louis, Mo.

The veteran CSU golf coach will be an on-course reporter for the network’s coverage on Saturday and Sunday. This will be Immelman’s first time as a member of the CBS lineup at one of the PGA’s four Major Tournaments.

“To be part of one of CBS’s premier golf broadcasts with people like Verne Lundquist, Jim Nantz, Nick Faldo and company is a dream realized,” Immelman said. “I intend to give it my best and do Columbus State University and Columbus, Georgia proud.”

Nantz — the legendary voice of the Masters Golf Tournament —will anchor the weekend coverage, with Sir Nick Faldo as the lead analyst. Immelman will work the golf course alongside Dottie Pepper and Peter Kostis.

In addition to his weekend assignments, Immelman can be seen on CBS Sports Network for PGA Championship on the Range Thursday and Friday from 12:00-2:00 p.m. He will also appear on the PGA Championship Clubhouse Report each evening after the conclusion of play.

The South African golf pro is a coach, broadcaster and published author. He is host of the On the Mark podcast on PGA Tour.Com, covers live golf on the PGA’s live-streaming mobile app on Siriux XM PGA Tour Radio and stars in instruction videos for CBS Sports.

He is the older brother of 2008 Masters champion Trevor Immelman and the son of former South African Sunshine Tour commissioner Johan Immelman. He and his wife, Tracy Martin-Immelman live in Columbus with their two daughters.

Immelman is set to begin his 18th year at the helm of the Columbus State golf program. Under his watch, the Cougars have won a pair of Peach Belt Conference titles and made seven NCAA Championship appearances. He was 2009 NCAA Division II Coach of the Year and is a member of the CSU Athletics Hall of Fame.

This release is also available at www.csucougars.com