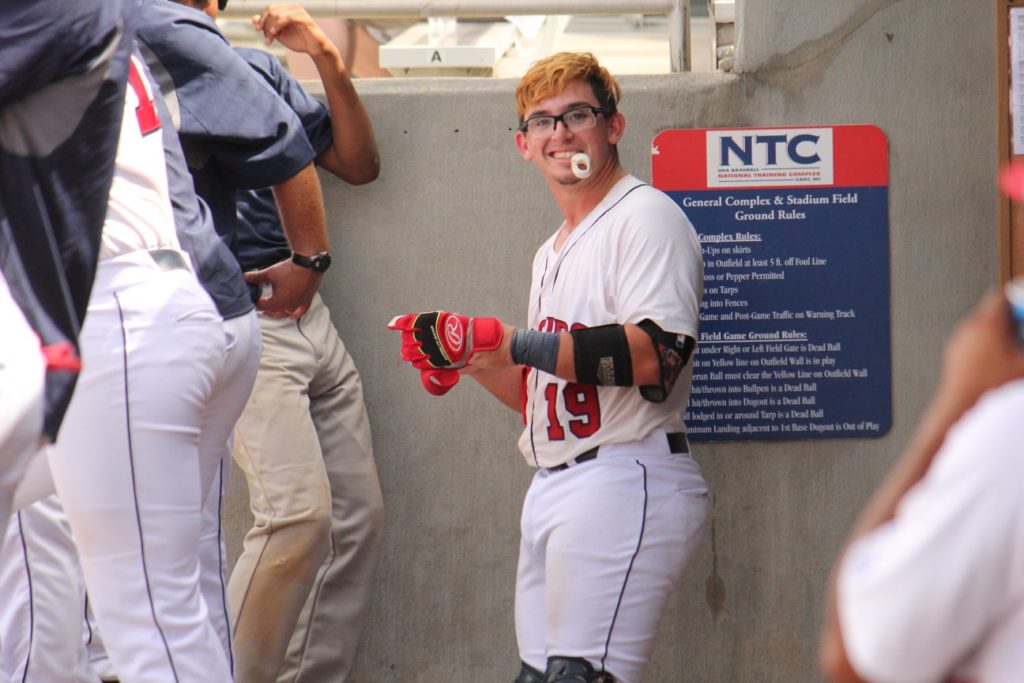 Columbus State University’s post-season dreams came to a proud but disappointing end on Saturday afternoon as the Cougars dropped a 3-2 decision to Augustana University in the deciding game of the NCAA Division II World Series played at Coleman Field in Cary, N.C.

The Cougars wrapped up the school’s 48th baseball season with a 48-15 record, which equals the second most wins in head coach Greg Appleton’s tenure. Columbus State ends the 2018 campaign as national runner-up for the third time, joining the 1986 and 2007 teams.

Appleton, in his 21st year as head baseball coach at CSU, had nothing but praise for both of the participating teams following the end of Saturday’s World Series.

“Give Augustana all the credit today,” he said. “Their pitcher (Jason Blank)  threw a great game and they came up with some big hits when they needed them.”

The veteran head coach offered a wistful look back at a season of challenges and obstacles.

“I couldn’t be more proud of this group of guys though. The leadership of the seniors … the personality of the guys … I’m glad they took me along on this great ride,” he said.

Saturday’s deciding game started off as a traditional pitcher’s duel between Perez Knowles of the Cougars and Jacob Blank of the South Dakota nine. Neither offense plated a run through the first three innings. Augustana (52-9) finally broke through with a pair of runs in the fourth behind four singles.

The first 12 Cougars that went to the plate were retired, but that changed in the fifth. Austin Pharr lined a single to right field and Robert Brooks tied the game up with one swing of the bat. The freshman catcher hit his 11th homer of the year, and the first of the World Series for Columbus State.

CSU kept its barrage going, as Frank Wager and Gunar Drinnen followed with singles to put runners on the corners with only one out. However, the Cougars were unable to bring another run across and the game stayed tied at two. 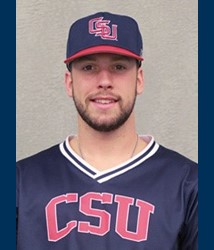 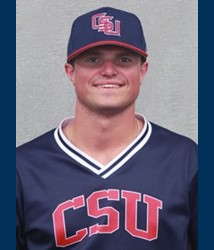 The Vikings responded in the sixth inning, getting a big two-out single that would ultimately prove to be the difference in the game and pave the way for Augustana to celebrate its first national championship.

Sheridan Coy and Jalen Latta put in strong work out of the bullpen to get the Cougars out of jams in the sixth and seventh innings, giving the offense chances to tie the game back up. The offense couldn’t muster anything though, getting just one baserunner over the final four frames.

Starting pitcher Perez Knowles (8-4) surrendered just two earned runs in 5.2 innings in a clutch performance that kept the Cougars in the game. Coy picked up a pair of outs, while Latta retired all seven hitters he faced coming out of the bullpen.

The national success of the Cougar baseball team caps a memorable spring for Athletic Director Todd Reese and the CSU program.. The men’s tennis team won its first national championship and their female counterparts made it to the national semi-finals. The men’s golf team was second in the Peach Belt Conference and finished ninth in the NCAA South Regional. Men’s track and field also reached the postseason.

CSU’s overall success earned the Cougars their sixth Commissioner’s Cup presented annually by the Peach Belt Conference. It is given to the best overall athletic department based on regular-season standings and select championships. The Cougars captured 88.5 of an available 119 points, edging out second-place North Georgia.