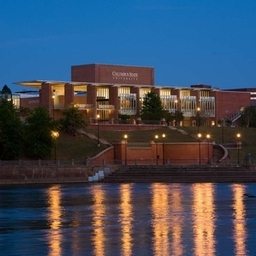 The non-conference win pushed Cadenhead’s season record to 3-0. He allowed just two hits and struck out nine as the Cougars improved to 15-2 with the victory in the friendly confines of Burger King Stadium at Ragsdale Field.

“Tyler threw the ball really well tonight,” Columbus State head coach Greg Appleton said. “All three of our pitchers worked ahead in the count and had a lot of success.”

After a quick first inning, the Cougars used the long ball to get on the board first. Grant Berry launched his fourth home run of the season into the netting in right to give CSU the early lead.

In the third inning, Garrett Kirkwood started a two-out rally for the Cougars with a single to left. Mason McClellan was hit by a pitch and Frank Wager delivered an RBI single to double the advantage. Robert Brooks followed with a run-scoring single of his own to stretch the lead to 3-0.

The Cougars tacked on two more runs in the fifth on singles by Berry and Austin Pharr before capping the scoring with two more in the sixth. McClellan brought home Justin Evans with a sacrifice fly and Wager picked up another RBI.

Eight of nine Cougar starters picked up at least one hit, led by a 3-for-5 day from Wager. Berry, Kirkwood and Pharr had two hits apiece.