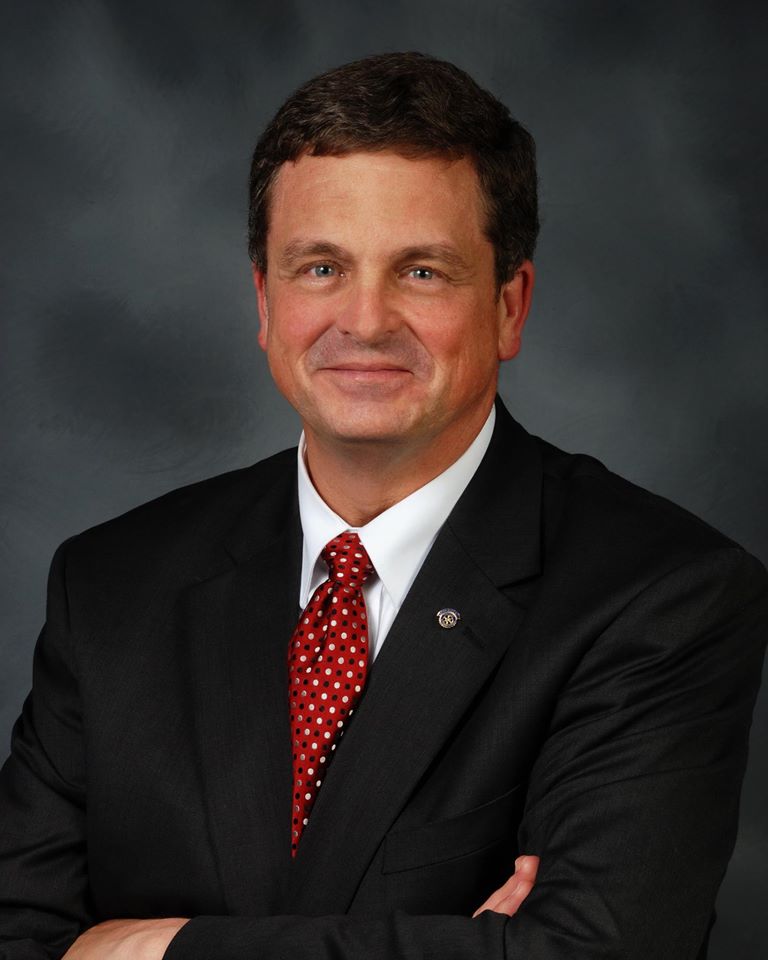 Some of you know that I have a thing for elevator stories. Years ago, I preached a sermon featuring such stories entitled, The Ups and Downs of Life. This week I had an elevator experience that adds to my repertoire of stories, albeit not as dramatic an experience as some. It did, however, make me think about a larger life issue.

I was at Piedmont Midtown visiting some of our church family on the seventh floor. After the visit, I walked toward the stairs and noticed a couple of ladies standing by the elevator, waiting for the car to arrive. I had walked the stairs to various floors, so I decided to splurge and take the vertical carriage to the lobby.

The bell rang, the door opened, and one of the ladies stepped inside. The mechanical voice indicated the elevator was going up.

The other lady and I stepped back to wait. I commented to the lady on the elevator that it was going up, in response to her saying she was going down.

She said, I figure you have to take the elevator when you can get it. She proceeded to punch the button for the lobby.

The door began to close as I pressed the elevator call button to summon one going in the opposite direction.

There was no one else on the elevator, and the only button pressed was lobby, so I had an idea. Since I pressed the down button, and she pressed lobby, maybe the elevator would change directions.

Sure enough, it did. The door closed; and almost as if it changed its mind, the doors opened and invited us to go down. I thanked the lady for pushing lobby and then began to think about the sequence.

The elevator was going in the wrong direction for the three of us. She defied it by pushing a lower floor; I reinforced that by pushing the down call button. The computer responded by changing the direction.

This experience brought home a great lesson. I realized that if we do something as individuals, we might not bring change. But working together, in the right sequence, we could change the direction of the elevator.

The same is true in many other things in life. When something needs to be accomplished or something is going in the wrong direction, we can become frustrated that we, alone, cannot change the path.

Perhaps we feel the futility of our attempts; but when others are engaged in the process and everyone contributes something to the moment, things change.

One person usually cannot change another’s direction in life, but a number of people being a witness for a good direction might create a stronger influence for change. One person may not be able to deal with a social issue, but each of us doing our part could dramatically find power in collaboration and make an incredible difference.

One idea might need to be coupled with the support of others to change a way of thinking. The widow’s mite story has done more for an understanding of the ability of everyone to do something for the Lord than the story of the ones whose resources are out of our league.

In Romans 12, we read that the body has many members and all do something different; but together, something is accomplished. The same is true of the church. All have something to contribute, although none alone may be able to effect change. Together we can do great things. God called us to be His influence—His disciples in this world. It rests on everyone’s shoulders to advance the work of Jesus in the world.

I think the moral of this elevator story is that while no one button changes anything, all the buttons pushed at the right time by whomever may do it can change the direction.

Even Jesus used the disciples to broaden the influence of His teachings. We are products of that to this day.

Dr. Jimmy Elder is the pastor of the First Baptist Church of Columbus, Ga.

Column: Would a naked person bring the infield at the Steeplechase to life?
Column: Chase was a music man with a soft heart for the needy
Posting....