Offering a prize of $10,000, the competition received entries from hundreds of authors nationally and internationally – some as far as Australia and England. 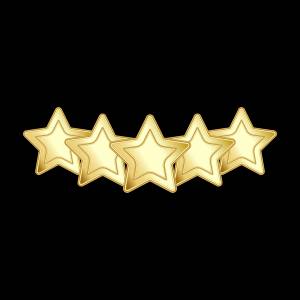 Offering a prize of $10,000, the competition received entries from hundreds of authors nationally and internationally – some as far as Australia and England.

Close-Up was selected by5  this year’s judge and acclaimed novelist Rosellen Brown, whose work includes The Autobiography of My Mother, Tender Mercies, Civil Wars, Before and After, and most recently The Lake on Fire.

“Michelle Herman’s novel is one of those books I read in the full belief that its characters were real.  No way could Caroline and Jacob not exist; their buoyant conversation, their predicaments, their struggles to grow up whole in the company of their infuriating parents, were too alive on the page to be merely constructed by this canny and sophisticated, tough and tender author,” said Brown.

As the winner of the Jordan Prize, Herman will receive a publishing contract with a new imprint at Columbus State University, DLJ Books. The award was created through an endowment from Columbus author and businessman, Donald L. Jordan with a mission to encourage and promote writings which honor the human values of responsibility, gratitude, generosity, love, and faith. The endowment also created a study abroad-service trip, which pays for CSU English majors to be able to travel to foreign countries to carry out charitable works; the CSU Creative Writers Conference, which will take place on Oct. 24, 2020 (csuwritersconference.com); the Sarah Ayres Jordan Awards to encourage CSU undergraduate creative writing; The Donald L. Jordan Fall Writers Dinner; and an endowed professorship.

“From age 14 I intended to write great heart-touching novels,” said Jordan. “Perhaps I will yet through the pens of those who survive me.”

Donald Jordan’s novel, “Negative Space,” was recently released from Deeds Publishing, and has been receiving fine reviews.  The novel is available on Amazon.  He is also the author of the novel, “Fearfully & Wonderfully Made,” which will be published by Negative Capability Press.  The release date for this novel is Sept. 1, 2020.