A Lowndes County Sheriff’s deputy observed Dye roll through a stop sign and fail to maintain his lane while driving, attempted to initiate a routine traffic stop and when Dye did not stop, and a lengthy chase ensued. 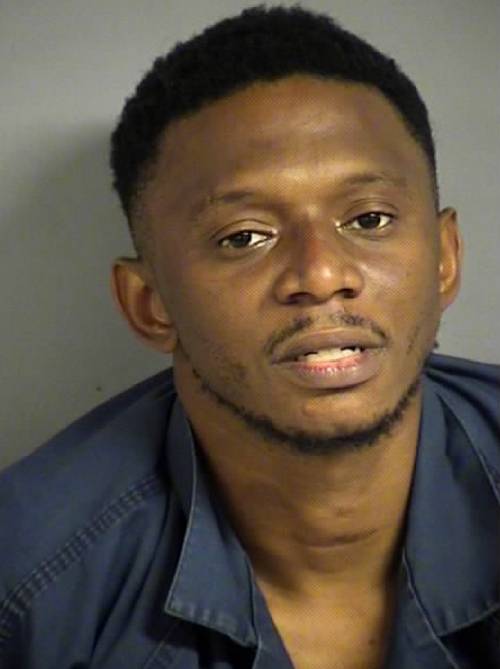 A Valdosta defendant was sentenced late last week after admitting he possessed a stolen firearm and attempted to distribute cocaine, said Charlie Peeler, the U.S. Attorney for the Middle District of Georgia.

Anthony Lamar Dye, 35, of Valdosta, pleaded guilty in October 2019 to one count possession with intent to distribute cocaine and one count possession of a stolen firearm. U.S. District Judge Louis Sands sentenced Dye to 66 months in prison for these crimes on Thursday, June 18, 2020. There is no parole in the federal system.

A Lowndes County Sheriff’s deputy observed Dye roll through a stop sign and fail to maintain his lane while driving, and attempted to initiate a routine traffic stop on June 21, 2018. Dye did not stop, and a lengthy chase ensued. Dye eventually stopped and ran from his vehicle. He was captured by officers. Dye was found with a stolen .45 caliber semi-automatic pistol and a total of 61.18 grams of cocaine, including a large number of small baggies holding less than one ounce of cocaine, prepared for distribution.

“Criminal drug dealers face imprisonment without parole for pushing illegal, deadly substances in our communities. I hope this sentence serves as a warning for others who choose to involve themselves in the dangerous drug world that selling narcotics carries severe consequences,” said U.S. Attorney Charlie Peeler. “I want to thank the Lowndes County Sheriff’s Office and the ATF for their excellent work in this case.”

This case is part of Project Safe Neighborhoods (PSN), the centerpiece of the Department of Justice’s violent crime reduction efforts. PSN is an evidence-based program proven to be effective at reducing violent crime. Through PSN, a broad spectrum of stakeholders work together to identify the most pressing violent crime problems in the community and develop comprehensive solutions to address them. As part of this strategy, PSN focuses enforcement efforts on the most violent offenders and partners with locally based prevention and reentry programs for lasting reductions in crime.

The case is also part of Project Guardian, the Department of Justice’s signature initiative to reduce gun violence and enforce federal firearms laws. Initiated by the Attorney General in the fall of 2019, Project Guardian draws upon the Department’s past successful programs to reduce gun violence; enhances coordination of federal, state, local, and tribal authorities in investigating and prosecuting gun crimes; improves information-sharing by the Bureau of Alcohol, Tobacco, Firearms and Explosives when a prohibited individual attempts to purchase a firearm and is denied by the National Instant Criminal Background Check System (NICS), to include taking appropriate actions when a prospective purchaser is denied by the NICS for mental health reasons; and ensures that federal resources are directed at the criminals posing the greatest threat to our communities. For more information about Project Guardian, please see https://www.justice.gov/projectguardian.

This case was investigated by the Lowndes County Sheriff’s Office and the Bureau of Alcohol, Tobacco, Firearms, and Explosives (ATF)