The termination, announced Wednesday, is effective immediately, according to city officials and is the second firing since interim City Administrator Steve Davis was appointed to serve just a few weeks ago. 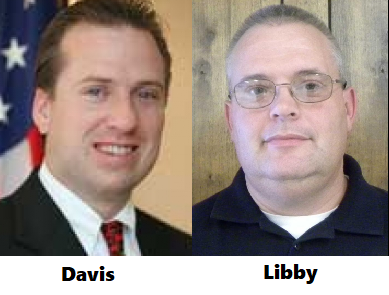 The termination, announced Wednesday, is effective immediately, according to city officials and is the second firing since interim City Administrator Steve Davis was appointed to serve just a few weeks ago on November 22. Shortly after Davis assumed his post, Libby would be out of a job as of December 31, 2019, but on Wednesday morning, Libby was requested at City Hall and later escorted back to the police department to gather his things.

Libby has been the city’s police chief for the last eight years and has worked for Port Wentworth for almost 29 years. At the time of his firing, he was on year three of a five year contract signed in 2017, though it is not clear what terms apply to the contract in the event of early termination. According to news reports from 2017, Libby was paid $83,000 in year one and would see raises over a five year period to end that contract at just over $100,000. AllOnGeorgia has filed an Open Records Request for the contract, among other documents.

At least two council members opposed a contract for Libby back in 2017 while other have vocalized opposition to the police department actions, including the numerous incident reports taken by PWPD officers involving Councilman Thomas Barbee, but Libby has by and large had the support of council in recent years.

The new leadership of Interim City Administrator Steve Davis has also been a lightning rod of controversy in recent weeks, as the decision to hire the former state representative was added to the agenda in the 11th hour. Opponents of his hiring say the position was not properly advertised, while supporters say the search for a city administrator conducted in the fall of 2018 is sufficient to consider Davis as an applicant. Davis also served as the county administrator in Effingham County for a little more than a year before resigning in 2018, citing health reasons and a desire to spend more time with his family.

Council is slated to offer Davis the permanent position at the next council meeting on December 19th, though Mayor Gary Norton has refused to sign Davis’ current contract over legality concerns.

While the official Port Wentworth City Charter published on MuniCode does permit the mayor and council to hire positions outside the scope of the city clerk, city attorney, and city treasurer, the outdated city charter does not provide for specific provisions of the position of City Administrator and has no powers set forth for the authority of his or her duties.

The city has not issued an official statement on the termination of Libby, who has the right to appeal his termination but has not indicated whether or not he plans to do so.