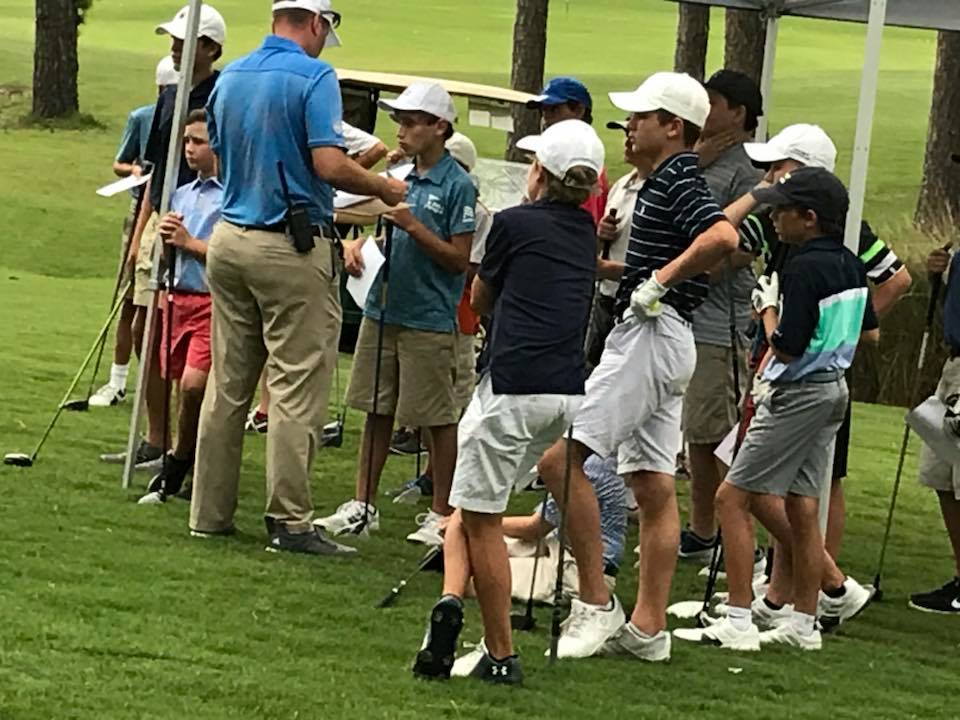 The Drive, Chip and Putt competition Wednesday at the Sea Island Golf Club was completed despite some interference by Mother Nature.

A lengthy delay due to lightening in the area forced the competitors to sit and wait for the dangerous weather to dissipate before they could return to the course to finish the event which concluded just before night fall at the Retreat Course on St. Simons Island.

Despite the weather issue, the junior players put on a strong golfing exhibition by booming drives down the first fairway, chipping toward a flag on the putting green and also burying some putts from three different distances in that portion of the competition.

Kevin Price – The Retreat Course at the Sea Island Golf Club was busy Wednesday as close to 200 junior golfers came to participate in the Drive, Chip and Putt competition.

When all was said and done, several players advanced to the next stage of the national competition which will ultimately conclude with the finals at Augusta National Golf Club the Sunday  prior to the start of the 2019 Masters tournament.

Several hometown players advanced beyond the local qualifier by finishing in the top three in their respective age brackets. They will now go to Savannah next month for the sub-regional qualifier in hopes of advancing to the regional round and then the finals at Augusta.

On the girls side, Georgia Blount from St. Marys ran away from the competition to win the girls 10-11 age bracket. Also in that age bracket, Avery Winford from Brunswick finished fourth and will be an alternate for the next round of play.

In the girls 12-13 bracket, both Elyse Burney from Brunswick and Emma Hill from Waverly earned alternate spots.

In the boys competition, Jayden Roberts from St. Marys finished on top of the standings in the 7-9 age grouping.

In the boys 10-11 bracket, the champion was Jack Roberts from St. Marys who dominated the competition while putting on an impressive putting display.

In the boys 14-15 age group, Williamson Mosher, also from St. Simons Island, finished third to advance past the local round.

The Sea Island qualifier was one of several qualifying events in Georgia. Qualifiers are being held in all 50 states.

Those making it out of Sea Island will compete at The Landings Club in Savannah on July 29. Those advancing from there will compete in the regional event at TPC Sawgrass in Ponte Vedra Beach, Fla., on Sept. 29 with the top players from there going on to the national finals.

Drive, Chip and Putt is a joint initiative founded in 2013 by the Masters tournament, United States Golf Association and the PGA of America. It is aimed at growing the game through wholesome competition.

For complete results from the Sea Island qualifier or to learn more about the Drive, Chip and Putt competition, visit www.drivechipandputt.com.