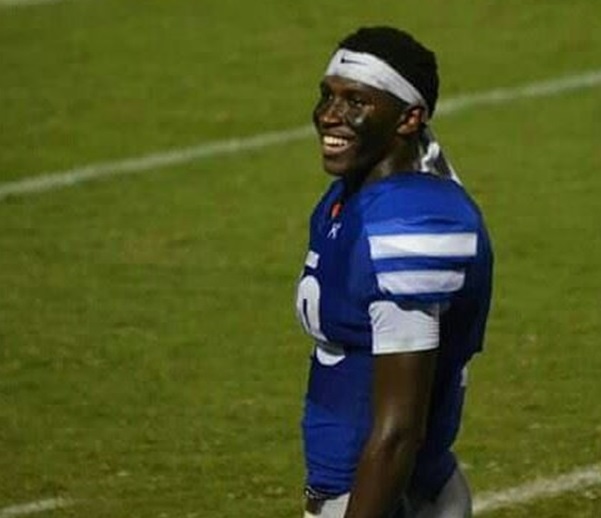 Pierce County has several play-makers on the offensive side of the football.

That’s a big reason the Bears are playing in the Class 3A quarterfinals this Friday night.

One of those play-makers is senior running back Dee Bethea who played a large role in the Bears’ 45-0 win over Jackson last Friday in their second-round game in Blackshear.

The 5-foot-11, 187-pounder ran the ball 11 times for 174 yards including a 31-yard scoring dash for the game’s opening touchdown. He also caught  two passes for 61 yards, giving him a combined 235 yards from scrimmage in the runaway victory.

For his big night, Bethea has been named the Southeast Georgia High School Football Player of the Week.

His head coach, Jason Strickland, had high praise for Bethea’s performance in the second-round win but also for his weekly contributions to the Pierce team throughout the 2018 season.

“He’s a guy with an infectious smile and attitude,” Strickland said. “He loves playing the game and definitely makes us a lot better football team.

“He’s a freak athlete. I really don’t know what he can’t do. He is a 300-pound power cling guy. He’s as fast as he needs to be. He catches the ball extremely well and has turned himself into a tremendous blocker as well.”

For the season, Bethea has 753 rushing yards and has scored 10 rushing touchdowns. He averages 13.9 yards per carry.

He also has 27 receptions for 593 yards and seven touchdowns. Bethea has the second-most catches on the team, but is the leading receiver yardage-wise. He averages 53.9 yards as game as a pass-catcher for the Bears.

For highlights from the Bears’ second round game, click here.

Glynn can’t stop Valdosta, but Frederica thumps Valwood
Column: Let’s look at round 2 and then move on to round 3 in state football playoffs
Posting....