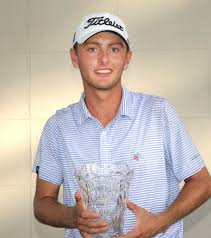 A summer tradion will be renewed this week when the Brunswick Country Club hosts the Golden Isles Invitational.

The annual tournament, held in conjunction with the Fourth of July holiday, is slated for Thursday through Saturday at the private course originally designed by renowned architect Donald Ross.

The country club’s staff and members are excited about hosting the 68th edition of the tournament this week, according to BCC general manager Dan Hogan.

“This event has been part of the fabric of the Club since 1949, and I think the membership enjoys seeing a lot of activity over the holiday week,” Hogan said.

The course was open for practice rounds on Wednesday. The tournament’s first round is set for Thursday with the second round slated for Friday and the third and final round in the 54-hole event scheduled for Saturday. 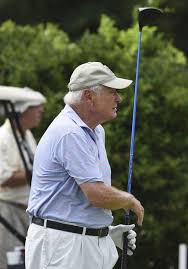 Google – Bill Ploeger, an 11-time winner at the Golden Isles Invitational, watches a shot during a recent tournament round.

The 166-player field will be divided into the championship flight and subsequent flights for the final round.

The tournament is one of the most prestigious amateur events in the state due to its longevity. It attracts not only top players from the local area but also many others from around the Southeast.

The past champions list includes names such as Sea Island touring pro Davis Love III who won the event during his amateur career and his son Dru who is now playing professionally after winning the Golden Isles twice in 2011 and 2016.

Other winners include former PGA Tour players Steve Melnyk, who won the British and U.S. Amateurs, and Andy Bean, who won 11 times on the tour, and current pro golfer Vaughn Taylor, who has competed on both the PGA Tour and Web.com Tour.

Bill Ploeger, a former Glynn Academy and Georgia Tech golfer who is a member of the Glynn County Sports Hall of Fame, has the most victories in the event with 11 Golden Isles championships as part of his illustrious amateur career.

Last year’s champion, Thomas Hogan, is back in the field. Hogan recently graduated from Frederica Academy after sharing co-medalist honors in the Georgia Independent School Association state tournament while leading the Knights to an 11th straight state team title.

Hogan, son of the country club general manager, will go to Ole Miss on a golf scholarship this fall.

Several players from the College of Coastal Georgia in Brunswick are also scheduled to compete. One of those is St. Simons Island native Mark David Johnson, an All-American for the Mariners who won three times this season.

One of Johnson’s victories came at the Sun Conference Championship. He finished in a tie for third overall at the NAIA national championship tournament held at TPC Deere Run in Silvis, Ill.

The BCC layout, which underwent a renovation back in 2006, is in great shape for the tournament, according to Dan Hogan.

He said the rough has thickened in recent weeks due to the usual summer thunderstorms and added that the plan is to have the greens rolling close to 10 feet on the stimpmeter for the tournament.

“The course setup will be fair, but not extreme,” Hogan said. “After all, we do have to get 166 players around the course each day.”

For the eighth consecutive year, the tournament will also feature a Senior Division. Last year’s Senior champion Toshi Hirata is scheduled to play again along with 2016 Senior winner Chuck Bass.

For more information on the Brunswick Country Club or the Golden Isles Invitational, visit www.brunswickcountryclub.com.