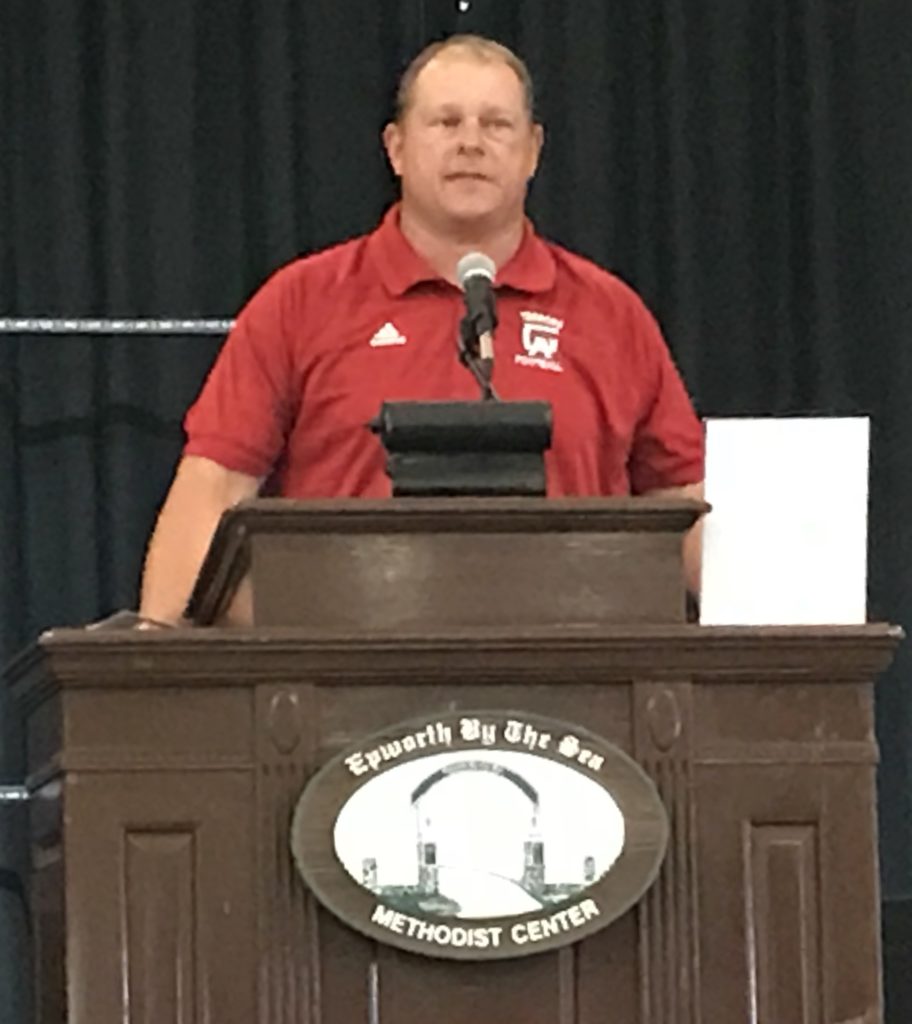 Glynn Academy coach Rocky Hidalgo will be the first to tell you the Red Terrors don’t put in as many hours on the field in the summer months as most good high school football teams in Georgia do.

The Terrors do their work Monday through Wednesday and take the rest of the week off to do whatever suits their fancy.

For the head coach, that means spending time with family, fishing, chilling on the beach or working in his garden.

In simple terms, Glynn’s fifth-year head coach believes working lighter at the start makes his team fresher at the finish.

And thus far in Hidalgo’s tenure, that approach has worked as the Terrors have been to the state quarterfinals every season, played in the semifinals twice and reached the 2015 state title game.

This past week, when Glynn began preseason camp to get ready for what it hopes is another season with a deep playoff run, the Terrors kicked things up more than a few notches, though.

“Our first three acclimation practices have been really good practices,” Hidalgo said. “We tried to kill (the players), and they bounced back.”

Glynn finished 9-4 last year and made a run to the Class 6A state semifinals where several fourth-quarter turnovers in succession sent them to a disappointing defeat against Lee County after the Terrors held a huge lead.

Glynn will be favored to win a third straight Region 2 championship, and the Terrors welcome the challenge of defending their crown this fall.

“I think we have the chance to be a really good football team,” Hidalgo said. “We’re going to be young. We’ll probably start eight or nine sophomores. But, I don’t think that’s a reason to look in the mirror and say this is a rebuilding year, a reloading year.

Hidalgo did warn that the Terrors might make some costly mistakes early which can be expected when young players are in starting spots for the first time on the varsity level.

One of his probable sophomore starters is quarterback TJ Lewis who won the job after an audition for the starting job in spring drills.

But despite the Terrors’ inexperience in the quarterback spot and other positions such as the two lines of scrimmage, Hidalgo is optimistic about the overall prospects for the coming campaign.

“Our ceiling is really good, and I expect by the time we’re five or six weeks into the season, we’ll hit our stride and compete for the region championship.

“The one thing our team is going to need to do is play games. There is no substitute for getting young players out and playing football games. At the end of day, that’s what we’re going to need to get better.

The Terrors will play a scrimmage at Valdosta on Aug. 10. Glynn defeated the Wildcats at home last season in the first round of the playoffs.

Glynn is set to kick off its season the following Friday at home against Fort Dorchester (S.C.), which lost in its Class 5A state semifinals last year.

In other non-region action, Glynn will also host Washington and Groves before going on the road to face Wayne County, Ware County and Camden County.

BHS offensive coordinator says Pirates are young, but hungry going into 2018
Camden going into Year 2 of their rebuild under Sphire
Posting....