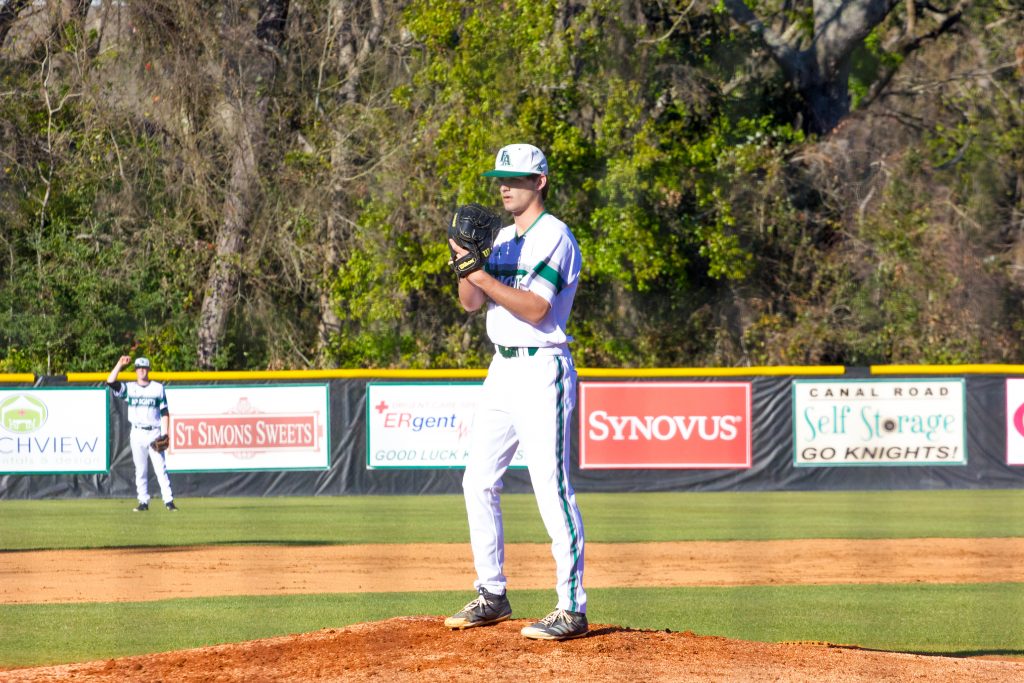 Now, the Knights will see if they can bring home the Georgia Independent School Association Class 3A state title as well.

The Knights (16-5) will open play in the state tournament Friday against Valwood on St. Simons Island. The opening game of the best-of-3 series is set for 6 p.m.

The second game of the series is scheuled for 11 a.m. Saturday with the third game slated to start at 2 p.m. if needed.

Frederica is a No. 1 seed as a region champion while Valwood is the No. 4 seed from Region 3.

The Valiants (11-11) are a familiar opponent for the Knights. The teams met in early April in Frederica’s home tournament and the Knights won that game 11-1.

Frederica is happy to be playing Valwood at home once again.

“I feel like we play really well at home. Home-field advantage is huge,” said Frederica coach Greg Roberts. “We’ve worked all season to set the bracket where we will not have to leave FA except for the state championship game, if are lucky enough to make it that far.”

The state championship series will be played at Mercer University in Macon.

To reach the title series, the Knights would have to win three series starting with the one this weekend against the Valiants.

“Valwood is a well-coached baseball team,” Roberts said. “Coach (Robert) Shipman and I have known each other for many years and he does a great job preparing his teams. They have played in possibly the toughest region this year from top to bottom.”

Speaking of top to bottom, the Knights have been an explosive offensive team this spring, getting contributions from the first batter to the last in the order.

The Knights enter the postseason with a .335 team batting average and are scoring an average of 8.3 runs a game. They have posted double-digit totals on the scoreboard in 10 games this season.

Deke Jernigan is the team’s leading hitter with a .507 average for the season.

The Knights have been known to score runs in bunches largely due to their penchant for hitting the long ball. They have belted 15 home runs as a team with seven different players showing at least one homer.

Nic Dixon is the team leader with six homers while Cameron Gardner has hit three.

“We had high expectations coming to the season offensively,” Roberts said. “What’s been great about this group is that we can score from anywhere in the lineup and can do it in many different ways.

“One through nine has the ability to leave the yard at anytime and we are also doing a great job moving runners playing small ball. It’s nice to know that we have the ability to be able to score runs, but in the playoffs, the longer you play the better the pitching seems to get.

“Great pitching can usually slow down great hitting. We just have to continue to find a way to be successful at the plate.”

The Knights have also gotten strong pitching this season. Trey Thompson is the scheduled starter for Game 1 on Friday. He is 5-1 for the season with a .816 ERA and leads the staff with 35 strikeouts in 34 innings pitched.

“We knew we had arms, but we just weren’t sure how they would pan out,” Roberts said. “Our pitching staff has given us a chance to win most every night this year. There have only been a handful of outings that didn’t go the way we wanted.

“The great thing about this staff is that Coach Al Otte has given us a lot of options when it comes to who we send out. We really do not have a set rotation. It has been more of a who needs to throw and who has the hot hand at the time.”

The winner of the Frederica-Valwood matchup will meet the Dominion Christian-John Milledge winner in the second round.

Roberts said the Knights aren’t good enough to take anyone for granted.

“At this point, every opponent can beat us. I still feel like we’re our own worst enemy,” he said.

He added, though, that his assistants have worked hard to bring this team along as best as possible.

“Our baseball program has been lucky to have such a quality staff to work with our players this year,” Robertss said. “I’ll say that I have one of the best group of assistants in the state. Al Otte, Robert Morgan, Hank Rowland and Ryan Lawless have been a huge piece of our success this year.

“The assistants go unnoticed so much, but these guys have put in countless hours of work. I’ve been fortunate in the past years to build great groups of assistants that push each other and continue to learn from each other. This staff has been the same way. It has been great to have guys in the dugout that bring new ideas and thoughts to practice and games.”