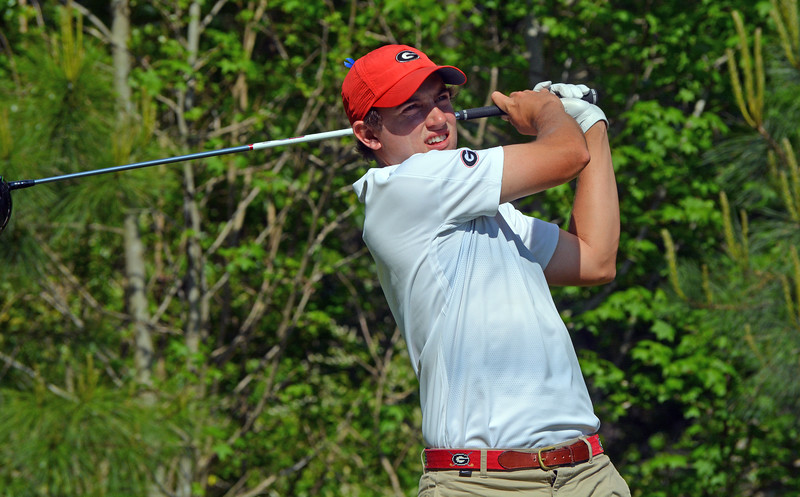 A Georgia Bulldog won the Golden Isles Invitational at the Brunswick Country Club over the weekend.

Tye Waller, a rising senior for the University of Georgia men’s golf team, captured the championship Saturday with a 10-under-par 206 score on the par-72 course.

That score was good for a one-stroke victory over Mark David Johnson and Brett Barron who both finished at 9-under 207 for the championship.

Fellow St. Simons Island resident and former Golden Isles champion Josh Williams finished fourth at 7-under 209 while incoming Coastal Georgia golfer Eli Scott finished fifth at 6-under 210 after taking the lead into Saturday’s third and final round in the 54-hole tournament.

Finishing at 4-under 212 were locals Park Brady and Scott Ferrell along with Georgia Southern golf coach Carter Collins who also is a past Golden Isles champion.

The Senior Division champion was Marcus Beck who finished the three days at 7-under 209. The Tallahassee, Fla., golfer carded scores of 70-69-70 to post a five-shot victory over defending senior winner Toshi Hirata who settled for the runner-up spot this year with a 214 score.

Beck won the Moot Thomas Invitational back in March and finished second the next week at the Florida Azalea Senior Amateur Championship.

Waller also won the Golden Isles overall title with three sub-par rounds. He shot 71 in Thursday’s opening round before firing a 66 in round two and closing with a 69 in the final round.

He trailed Scott, the second-round leader, by three strokes going into the closing 18. Williams was also three back while Johnson and Barron were four behind the 18-year-old leader.

Scott struggled in the closing round, settling for a 76 score that left the door open for the other championship contenders to come from behind for the victory.

Waller, Barron and Johnson all shot 3-under 69 over the final 18 while Williams settled for an even-par 72 round.

Waller dealt with an injury that sidelined him for all of the 2017-18 season for the Bulldogs.

“I’m feeling much better physically, and I was able to put together three good rounds this weekend,” Waller said. “It was fun to be back competing again.”

Waller is from Griffin and was a three-time all-state player for Spaulding where he earned medalist honors in the 2015 Class 4A state tournament.

He won seven state or regional junior events in his last four years playing junior golf before first going to Georgia Tech to play college golf and then transferring to Georgia.

Waller played with the Bulldogs in the SEC Championship as a freshman in 2016 while helping Georgia to the conference title at Sea Island.

As a sophomore, he finished a career-best seventh in the Puerto Rico Classic.

Last season while sidelined, he made the J. Reid Parker Director of Athletics Academic Honor Roll.

Waller is scheduled to play this week in the Georgia Amateur Championship which will be played at the Athens Country Club.

This year’s Golden Isles Invitational was the 68th edition of the tournament which is played annually around the Fourth of July holiday.

Past winners in the event include Davis Love III, Steve Melnyk, Andy Bean and Bill Ploeger.