Pirates looking for second straight win as they play at Glynn County Stadium. 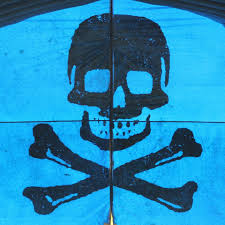 A pair of hurricanes blew through the Golden Isles the last two years and both caused destruction throughout the community that took weeks and months to sort out.

On Friday night, the Monroe Tornadoes are headed to Brunswick to face the Pirates in a high school football game at Glynn County Stadium.

And the Blue and Gold hopes the Albany bunch won’t destroy the festive homecoming game it has planned for the final weekend in September.

The Tornadoes are a .500 football team as they will come here with a 3-3 record. They actually have more wins right now than the Pirates who are 2-3 through their first five games, though Brunswick has played against a much tougher schedule.

“Their defense is legit,” said BHS head coach Sean Pender of the Tornadoes. “They’re real similar to what we just saw against New Hampstead. “They fly around and they have athletes. On offense, they’re big up front, they have a fast running back and quarterback who is 6-foot-3 and 240 pounds. I’m worried about him running the football and pounding on us.”

The Monroe quarterback is senior David Dilliard. Through three games, he was averaging 196 yards passing per game and 137 rushing with 10 touchdowns. His season statistics have not been updated with all six games by the school on Max Preps, the official platform for scores and statistics within the Georgia High School Association.

Robert Doctrie, a junior, was the fast running back mentioned by Pender. Through three games, he had 132 yards rushing on 31 carries for a 4.3-yard average per attempt.

Brunswick plans to primarily run an up-tempo offense again this week. The Pirates struggled with it early last week as they fell behind New Hampstead 21-0 early, but would outscore the Phoenix 31-6 over the final three quarters to win 31-27 at GC Stadium.

“You see it take its toll in the last of the second quarter, midway through the third quarter and the rest of the game,” Pender said in reference to the quick pace wearing down a defense.

“It works best if you’re executing and getting first downs. The key is to get two quick first downs. Typically, when you are able to do that, you can drive to the red zone and then you have to execute when you get there.”

Pender was pleased with the way the Pirates ran their offense last week after they got into a rhythm. It was sophomore quarterback KJ Lee who came off the bench to ignite the Pirates as he led them on two scoring drives before the half to pull Brunswick within 21-13 on the scoreboard halfway through the game.

Lee started all of Brunswick’s previous games, but the plan was to put him in the game on the team’s third series last week. Because he had the hot hand, the Pirates went with him the rest of the way.

“I think we need to go uptempo,” Pender said. “We operate better like that.”

Lee is expected to start Friday’s game for the Pirates, but Pender said fellow quarterback Anthony Mountain, who got the start last week, will also play against the Tornadoes.

For the season, Lee has completed 57 of 102 passes for 623 yards and six touchdowns. He also has five interceptions in five games. Lee has carried for 156 yards and two scores on 42 carries.

Mountain, who missed the first two games of the season due to a knee injury, has connected on 10 of 21 passes for 150 yards and a touchdown. He has carried just 11 times for 2 yards.

Senior running back Jaylen Trimmings is the team’s leading rusher with 411 yards and two TDs in five games.

This will be the first-ever meeting between Monroe and Brunswick.