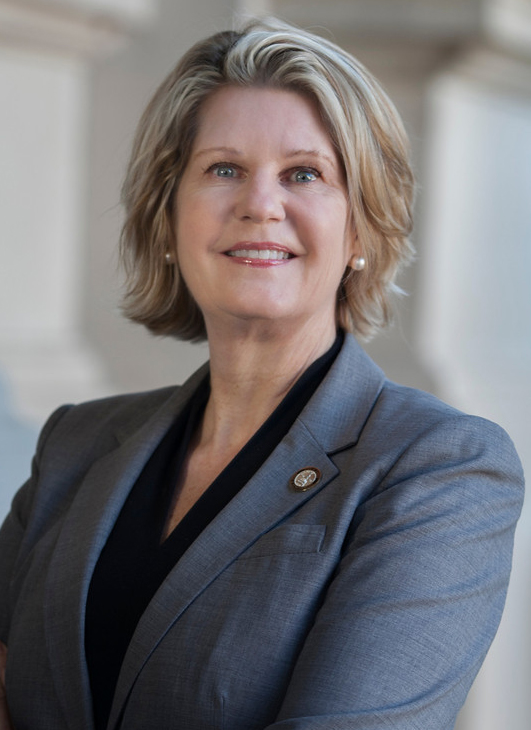 The Caucus presented Jones with a dozen white roses, a symbol of women’s suffrage, and a plaque to commemorate the historic milestone.