“Smart on crime is not the same as soft on crime, which our results bear out,” said Deal. 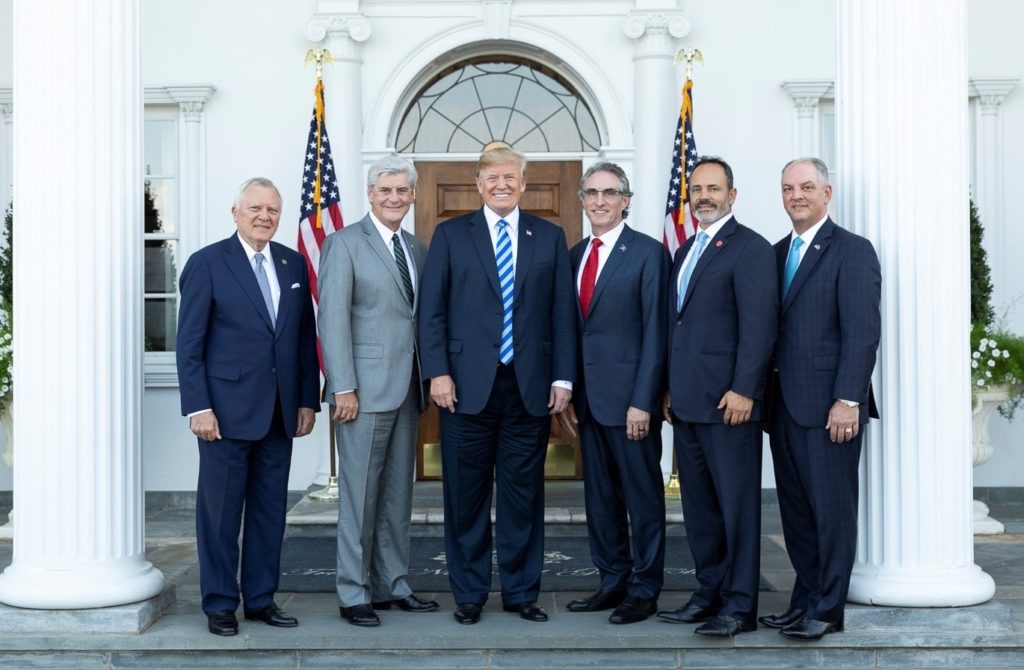 “Smart on crime is not the same as soft on crime, which our results bear out,” said Deal. “In Georgia, we are addressing barriers to successful reentry through job training programs, ban-the-box legislation and operating a charter school in our prison system. We have implemented such initiatives while making our communities safer, with a 10 percent decrease in the violent crime rate and a 20 percent decrease in overall crime, all while saving taxpayers hundreds of millions of dollars. We have also seen the African-American percentage of our prison system drop significantly since 2009, as incarceration rates for black males have dropped almost 30 percent and incarceration rates for black females have dropped 38.2 percent. Overall African-American commitments to our prisons are at the lowest level since 1987. I am pleased to share any information that might be helpful for a national model of reforming criminal justice.”

“Our first duty is to our citizens, including those who have taken the wrong path but are seeking redemption and a new beginning,” said President Trump. “We’ve passed the First Step Act through the House, and we’re working very hard in the Senate to refine it and pass it into law. We think we’ll be successful in that regard. The bill expands vocational educational programs to eligible federal inmates so that more of them can learn a trade. And that’s what we’re doing. We’re teaching them trades. We’re teaching them different things that they can put into good use, and put into use to get jobs.”