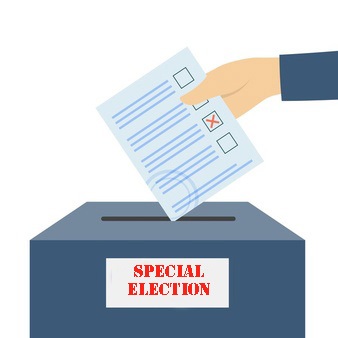 Two special elections were held in Georgia on June 15 to replace resigned state representatives in Districts 34 and 156.  The winners will advance to a runoff on July 13.

House District 34 covers parts of Kennesaw and Marietta in Cobb County. Republican Devan Seabaugh and Democrat Priscilla Smith will be in the runoff. Seabaugh is an ambulance company executive from Marietta. Smith is an artist and educator from Kennesaw. Others in this election were Democrat Sam Hensley of Marietta, Republican David Blinkhorn of Kennesaw, and Libertarian Chris Neill of Marietta.

The runoff winner will replace representative Republican Bert Reeves of Marietta, who held the seat for seven years. Reeves resigned to take the position of vice-president of institute relations at the Georgia Institute of Technology. 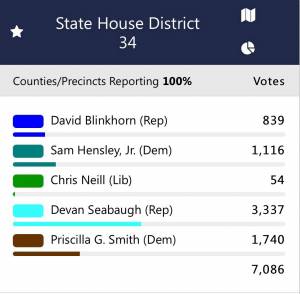 The runoff winner will replace Republican Greg Morris of Vidalia, who was chairman of the House committee on banks and banking. Morris resigned after being elected to the State Transportation Board. Board members, which serve a five-year term, are elected by a General Assembly caucus majority from each of Georgia’s fourteen congressional districts. 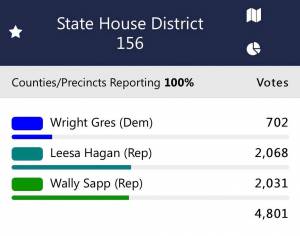