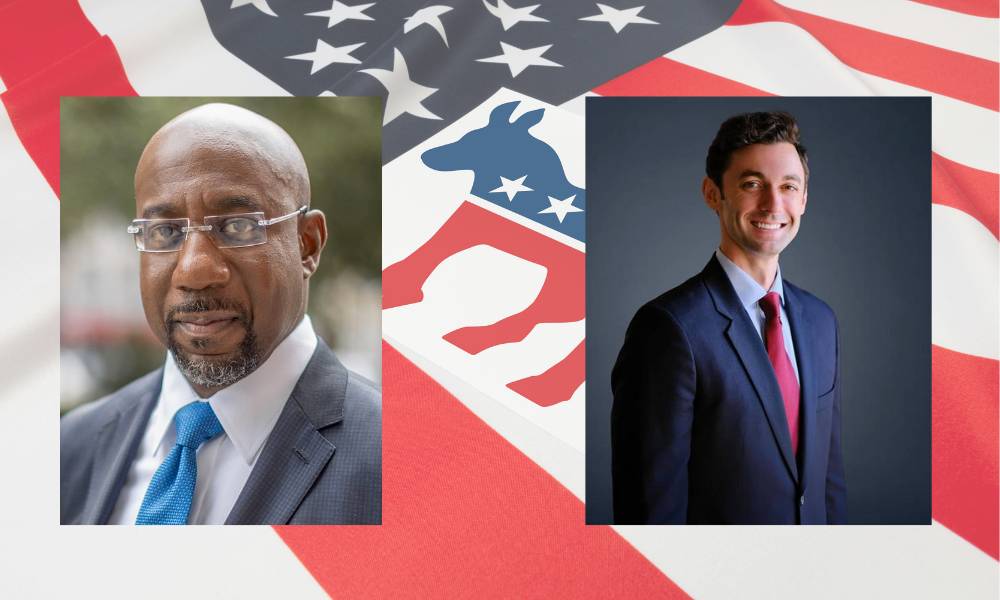 U.S. Senator Reverend Raphael Warnock (D-GA), joined by U.S. Senators Tammy Baldwin (D-WI) and Jon Ossoff (D-GA), introduced new legislation to provide critical health care coverage to more than 4 million Americans who had previously been denied access to affordable health insurance because of where they live. The Medicaid Saves Lives Act would provide health care insurance to Americans with low incomes in the twelve states that have refused to expand their state Medicaid programs under the Affordable Care Act. By closing the coverage gap in these states and providing free and affordable health insurance to millions of Americans, the Medicaid Saves Lives Act would also provide access to preventative health care services; improve health outcomes and prevent premature deaths; lower costs for uncompensated care, which would in turn reduce hospital and provider closures; and improve economic mobility for Americans with low-incomes by enabling them to work.

“I was fighting to expand Medicaid and strengthen access to affordable health care before I was elected to the Senate, and since day one I’ve been focused on what the federal government can do to provide health insurance for the nearly 275,000 Georgians who are in the coverage gap and the 500,000 Georgians who would be eligible for Medicaid. I believe health care is a right, and the Medicaid Saves Lives Act would ensure Georgians and other Americans with low incomes who would qualify for Medicaid in most other states finally have access to the health care they need to keep our communities and economy moving forward,” said Senator Warnock. “For too long leaders in Georgia and the other non-expansion states have put politics over people, refusing to strengthen public health by expanding Medicaid even after myself and others helped to secure billions of additional dollars in the American Rescue Planfor states to do just that. That’s why Congress must pass the Medicaid Saves Lives Actto help improve health care outcomes in communities across Georgia and other similar states, and I’m going to be working hard alongside my partners in this fight, Senators Baldwin and Ossoff, to make sure the next recovery package includes this critical legislation.”

The Medicaid Saves Lives Act would direct the Centers for Medicare & Medicaid Services (CMS) to create and standup a federal Medicaid look-alike program would provide the same full, essential benefits of Medicaid, and that is run and administered by CMS; this would allow everyone in non-expansion states who is eligible for Medicaid coverage, including many individuals who are currently enrolled in marketplaces plans under the Affordable Care Act but could qualify for free Medicaid coverage, up to 138 percent of the Federal Poverty Level (FPL) full Medicaid benefits. The legislation would also add to the significant financial incentives included in the American Rescue Plan for states to expand Medicaid, giving these states an additional and extended federal medical assistance percentage (FMAP) increase to expand their state Medicaid programs. Importantly, since Congress already appropriated funding for Medicaid expansion in the Affordable Care Act, the federal program in the Medicaid Saves Lives Act has already been funded once and requires no additional offsets.

“For nearly a decade in Wisconsin, Republicans have refused to accept a federal investment in BadgerCare that would make 91,000 Wisconsinites eligible for high quality health care. Right now, they are denying the quality coverage that BadgerCare provides to someone working and only making $13,000 a year. That’s just wrong,” said Senator Baldwin. “Our legislation will open the door to those who have been shut out and expand access to affordable health care, including preventive care, that people want and need. We are also once again providing another strong incentive for Wisconsin Republicans to finally do the right thing and accept a federal investment that will save taxpayers money, expand coverage, and improve health outcomes in Wisconsin. I look forward to working in the Senate to pass this legislation and overcome the obstruction we have faced for far too long.”

“Our state government’s refusal to expand Medicaid has sentenced countless Georgians to needless suffering and contributed to the closure of nine Georgia hospitals in the last decade,” said Senator Ossoff. “Sen. Rev. Warnock and I secured $2 billion earlier this year for Medicaid expansion in Georgia, and now we are introducing the Medicaid Saves Lives Actto ensure all Georgians have great health care and sustain Georgia’s hospitals.”

Currently there are an estimated 275,000 Georgians—including 47% of whom are Black, 9% of whom are Latino, and 63% are working families—in the coverage gap, and 60 percent of people in the coverage gap are Black, Hispanic, Asian, or Pacific Islander. Prior to introducing the Medicaid Saves Lives Act, Senators Reverend Warnock and Ossoff have persistently pushed President Biden and leaders in the Senate to include a provision in any forthcoming recovery package to close the coverage gap in Georgia, Wisconsin and the other non-expansion states.

For more information on the Medicaid Saves Lives Act and a full list of the bill’s 159 endorsers, read the fact sheet HERE.

For a compilation of quotes in support of the Medicaid Saves Lives Act, see HERE.