Sen. Renee Unterman blasts lawmaker’s choice for Gov. because he opposed her bill 3 years ago

Unterman took to Twitter Wednesday to criticize State Representative David Clark for leading the ‘Veterans for Kemp’ coalition for Brian Kemp in the gubernatorial runoff. Unterman said Clark “votes for sexual predators preying on young children being bought & sold for sex” while chastising his partnership with Kemp. 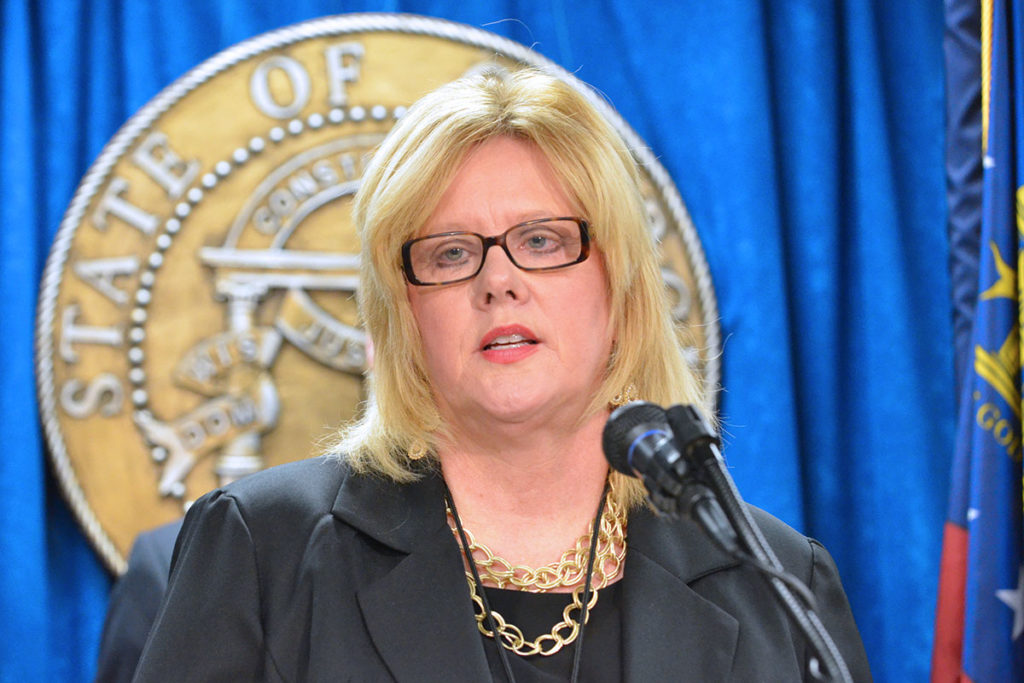 Legislative records – they’re what dreams and political careers are made of. And if you’re Senator Renee Unterman (R – Gwinnett), you use legislative records to hold grudges, block bills of limited government, and dole out ‘payback.’

Unterman took to Twitter Wednesday to criticize State Representative David Clark for leading the ‘Veterans for Kemp’ coalition for Brian Kemp in the gubernatorial runoff. Unterman said Clark “votes for sexual predators preying on young children being bought & sold for sex” while chastising his partnership with Kemp.

Unterman is a vocal Cagle supporter and the two have partnered over the years to push a plethora of unconstitutional bills while simultaneously opposing pro-freedom legislation like medical cannabis expansion and the rape kit bill. Rumors have long been that if Cagle becomes Governor, he would appoint Unterman as head of some health-related state agency.

In her tweet, Unterman is referring to her own bill, SB 8 – or Rachel’s Law, or “The Safe Harbor Act” – which created a new tax on adult entertainment businesses for the purposes of collecting money to rehabilitate victims of human trafficking – specifically a $5,000 “operations fee” or 1% of the gross revenue per year, whichever is greater. The bill was a direct violation of the Georgia Constitution’s Article 3, Section 5, Paragraph 2 which says all bills raising revenue must originate in the House, not the Senate.

Unterman was criticized by advocates of limited government from across the state who said the bill set a dangerous precedent for taxing entire industries for ‘sin taxes,’ for pushing a bill which pays for victim rehabilitation, which not the proper role of government, and because there was no real correlation between human trafficking and adult entertainment establishments.

Of note: Since the bill was signed into law, there have been no arrests for human trafficking operations inside strip clubs in the State of Georgia and there is no stronger correlation between human trafficking and strip clubs. The majority takes place at motels, massage parlors, and online.  The entities are required to pay the annual tax anyway.

But Unterman’s blast of Clark was not only personal, but factually incorrect. The bill only addressed the new tax, created a new Commission in state government, stipulated for federal grant access, added human traffickers to the sex offender registry, and expanded the civil forfeiture process. You can read more about the bill here.

Lawmakers, past and present replied to Unterman’s rant in Clark’s defense.

Unterman has always been extremely protective of her legislation and has made efforts in the past to slander and/or publicly berate anyone who opposes her initiatives. In 2015, when the legislature was working through SB 8, Unterman tried to get a legislative aide fired for blogging about (against) the bill in her free time.

Unterman’s ethics have been challenged over the years because she is the chair of the Senate Health & Human Services Committee but she’s also an executive with a health insurer that has a billion dollar a year state Medicaid contract. Per 11Alive, “Renee Unterman develops policy for the State of Georgia, and she directs a state Medicaid insurer on health policy.”

So, while political careers are based on legislative records, they’re also rooted in reputation. And Unterman’s is full of emotionally-charged incidents doused with questionable ethics..

COLUMN: To all the broken hearts after Election Day
Sponsor of GA Hands-Free Legislation Says Music Streaming IS Allowed, No Grace Period
Posting....