The independent organization works to help states secure their election infrastructure and maintain accurate and complete voter lists in order to reestablish confidence in the American voting system. 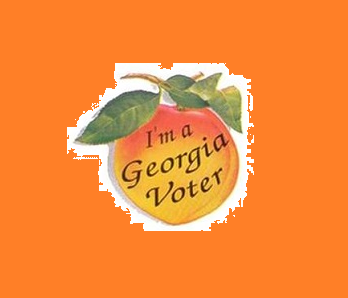 Secretary of State Brad Raffensperger is launching a partnership with the nonpartisan election security experts at the Center for Election Innovation and Research. CEIR is a nationwide leader in restoring election integrity and developing proven strategies to secure our elections.

“As Secretary of State, I take cyber security seriously and will seek out the best methods for securing our vote from the greatest minds that the country has to offer,” said Raffensperger. “I look forward to working hand in hand with the Center for Election Innovation and Research to ensure a secure and reliable paper-ballot system.”

“We are honored to assist the Georgia Secretary of State as his office oversees the historic transition from unauditable paperless voting to auditable and accessible paper ballots throughout the state,” said CEIR’s Executive Director and Founder David Becker. “We are proud to work with Georgia and other states around the nation, both blue and red, to ensure secure and accessible elections that can serve as a model for other states.”

CEIR was founded in 2016 to help protect the country from foreign interference in U.S. elections, and ensure efficient, accurate, and accessible elections. CEIR works with Secretaries of State of both major parties, in addition to other state and local election officials across the country. The independent organization works to help states secure their election infrastructure and maintain accurate and complete voter lists in order to reestablish confidence in the American voting system.

CEIR is led by David Becker, an attorney with extensive experience fighting for free and fair elections. Becker spent seven years in the Voting Rights Section of the Department of Justice’s Civil Rights Division. During his time there, he served as lead voting rights counsel overseeing the state of Georgia, and served as lead trial counsel in the case of Georgia v. Ashcroft, in which the 2001 Georgia statewide redistricting plans were analyzed for claims of racial gerrymandering against African-American voters, a case that was ultimately decided by the Supreme Court. David also spent 8 years at The Pew Charitable Trusts, and led the effort to create the Electronic Registration Information Center (ERIC), which now helps over thirty states, including Georgia, keep their voter lists more accurate and has led to the registration of millions of new voters nationwide. David currently serves as Co-Chair of Michigan’s Election Security Advisory Commission on behalf of Michigan Secretary of State Jocelyn Benson (D).

This new partnership is the latest in the Secretary of State’s efforts to reach out to the best and brightest in election security to ensure a secure paper-ballot voting system for Peach State voters. In January, the Secretary launched a partnership with the Georgia Cyber Center at Augusta University to protect the voting system against cybercrime. Recently, the Secretary partnered with Georgia Tech researchers to secure Georgia’s elections and announced that 100% of Georgia counties joined the Elections Infrastructure Information Sharing Analysis Center, EI-ISAC, a go-to resource for cyber threat prevention.

This is a press release from the Georgia Secretary of State.