The November 3rd election is now six weeks away and just when it seems like there isn’t any more room for political campaign commercials, the candidates surprise us with more. 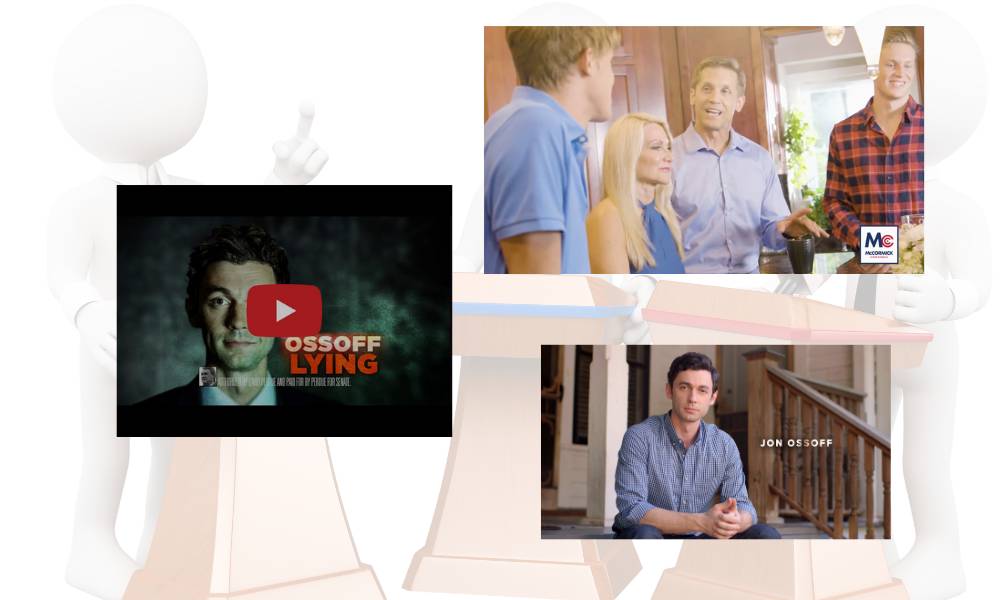 The November 3rd election is now six weeks away and just when it seems like there isn’t any more room for political campaign commercials, the candidates surprise us with more. Here are a few of the latest to sit the air waves:

“Rich is an excellent doctor but an even better father and husband. I’ve witnessed Rich’s commitment to community and family and his drive to succeed and improve both our lives and the lives of his neighbors,” said Dr. Miller-McCormick.  “I am thrilled to introduce my husband to the voters of the Seventh District and showcase his passion for service.”

Democratic U.S. Senate nominee Jon Ossoff unveiled his latest TV ad, titled “Negotiate,” in which he speaks direct-to-camera about the corruption that has driven up prescription drug costs and vows to fight so Medicare can negotiate them down. Ossoff speaks plainly about ‘how the corrupt campaign finance system has allowed the pharmaceutical industry to buy off politicians like his opponent, Sen. David Perdue (R-Ga.), who then vote against lowering prescription drug costs.’

In a press release, the Ossoff campaign said, “Perdue has taken over $100,000 from the pharmaceutical manufacturing industry, and in turn has voted against cracking down on price gouging by drug companies. Congress has also barred Medicare, the country’s largest buyer of prescription drugs, from negotiating to lower drug prices.”

Perdue for Senate released a new TV ad “exposing Jon Ossoff and his allies for their lies about Senator Perdue’s strong record of results and decisive action to combat COVID-19. Since the start of the crisis, Jon Ossoff and liberal outside groups – including Chuck Schumer’s dark money organization – have orchestrated false attacks about Senator Perdue’s personal finances.”