The State Transportation Board elected its new executive leadership team at their Board meeting. 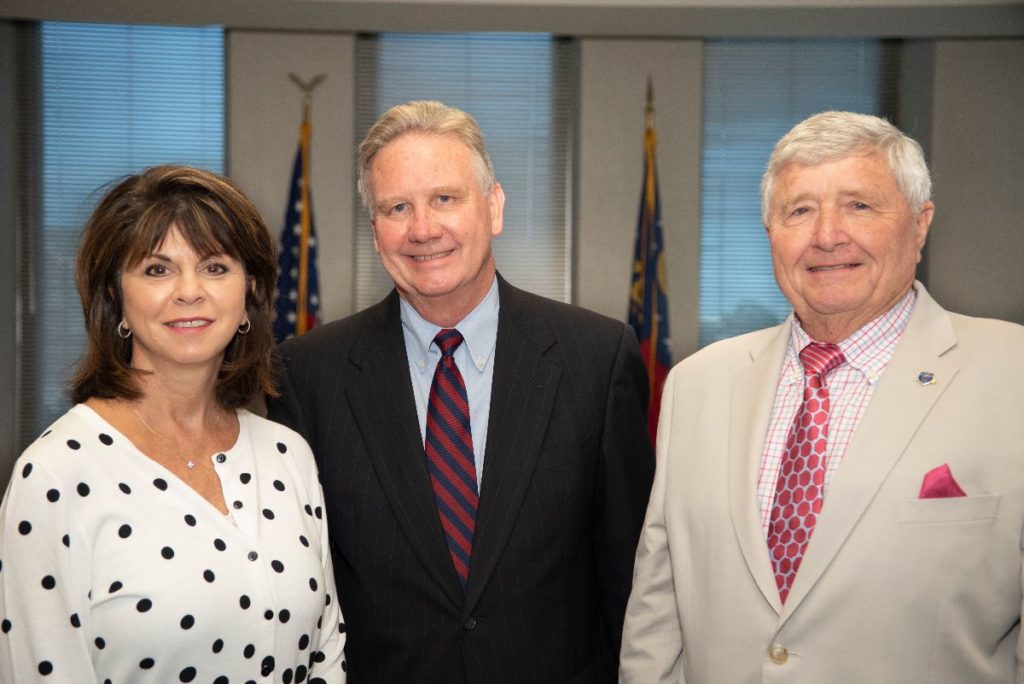 Chairman Tim Golden of Valdosta represents the 8th Congressional District. He was most recently vice chair. Golden served 16 years in the Georgia State Senate prior to his election to the board in 2015. He also served seven years as a representative in the Georgia House. Golden, a business and civic leader, has been named three times to Georgia Trend’s 100 Most Influential Georgians list. He is a graduate of Valdosta State University. As chairman, Golden serves as ex officio member of all committees.

“I am honored and excited to take on this role as chairman of the State Transportation Board and to continue the legacy of stewardship and commitment to the citizens of this great state,” Golden said. “The people of GDOT are phenomenal. Whether it’s the great executive team and the leadership they show, or the staff and the work they do day in and day out in every region of Georgia, I am proud to be a part of it.”

Golden replaces Ann R. Purcell of Rincon, who has served on the board since 2013 and represents Georgia’s 1st Congressional District. Purcell is credited with leading the board and the department through the advancement of the Major Mobility Investment Program (MMIP), the opening of the Northwest Corridor Express Lanes, and the hosting of Super Bowl LIII. Purcell is a business, community and civic leader who served 18 years in the Georgia House of Representatives. She is a graduate of Georgia Southern College.

Vice Chairman Rudy Bowen of Suwanee is a community and civic leader who represents the 7th Congressional District. He was elected to the board in 2007 and most recently served as board secretary. Bowen attended the University of Georgia.

Secretary Emily Dunn of Blue Ridge represents the 9th Congressional District on the State Transportation Board. She was elected to the board in 2011 and served as the first female chair in 2015-16. Dunn, a community and civic leader, has been named to the Engineering Magazine 100 Influential Women to Know list two years in a row. She is a registered nurse who received her BSN from North Georgia College.

The 14-member State Transportation Board determines policy and governs the Georgia Department of Transportation. Each member is elected by a caucus of Georgia General Assembly members from their specific congressional district. Board members serve staggered, five-year terms.

Abrams Voting Initiative to Move into 20 States for 2020
Georgia Will Get a New Director for Judicial Watchdog Agency
Posting....